Costa was shown a straight red card in the 28th minute of the top-of-the-table clash for a verbal outburst at referee Jesus Gil Manzano, who said in his report that the striker had made a derogatory comment about his mother. 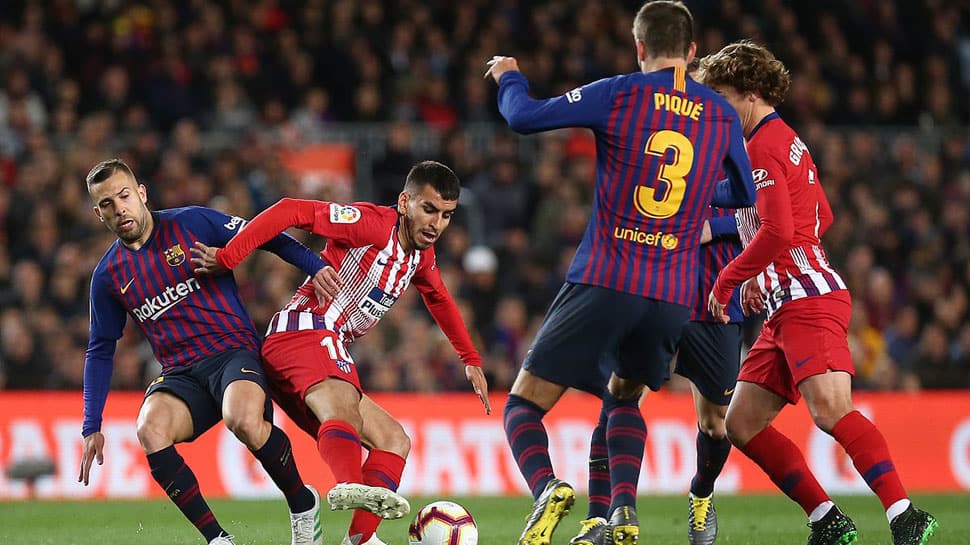 Atletico Madrid coach Diego Simeone cursed his side`s bad luck with refereeing decisions in games against Barcelona after Diego Costa was sent off in a 2-0 defeat at the Camp Nou on Saturday which practically handed the La Liga title to the Catalans.

Costa was shown a straight red card in the 28th minute of the top-of-the-table clash for a verbal outburst at referee Jesus Gil Manzano, who said in his report that the striker had made a derogatory comment about his mother.

Barcelona finally found a breakthrough with a wonderful curled strike from Luis Suarez in the 85th minute and Lionel Messi sealed the win with a goal moments later.

"I asked the referee if what he said was so bad because we have seen Barcelona players do the same thing, saying things right in the referee`s face and they did not get sent off, they got away with it," Simeone told a news conference.

"If Costa really said what the referee claims he did then he was correctly sent off, but we must be doing something wrong as we have had seven players sent off in 11 games."

"I remember we had Fernando Torres, a global icon, sent off here for making two fouls."

"We were doing so well until the red card but all the small details went their way," he said.

"Whenever we come here something strange happens, we`ve had a lot of red cards against Barcelona and not all of them have been fair."

Atletico coped well with 10 men and had one glorious opportunity to break the deadlock in the second half from a free kick but midfielder Rodrigo headed narrowly over the bar.

"The plan was to close space through the middle and invite the opponents to play on the wings so we could have a tiny possibility of winning," Simeone added.

"We were better in the second half, we made a huge effort and I felt we were in control until the final five minutes when Suarez got the breakthrough. I`m left encouraged by many things which my team did today."