In their four visits since promotion in 2015, Bournemouth have only managed to draw twice, which included a thrilling 3-3 result in April last season that allowed Southampton to secure their Premier League status under Ralph Hasenhuettl. 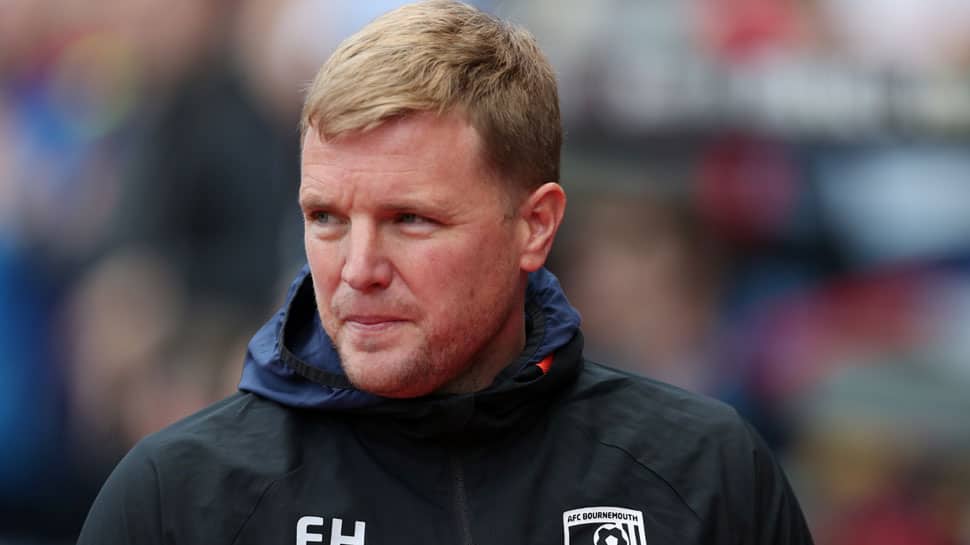 Bournemouth are `desperate` to claim their first Premier League win at Southampton on Friday having never beaten their fellow south-coast club at St Mary`s Stadium since gaining promotion to the top flight, manager Eddie Howe said on Thursday.

In their four visits since promotion in 2015, Bournemouth have only managed to draw twice, which included a thrilling 3-3 result in April last season that allowed Southampton to secure their Premier League status under Ralph Hasenhuettl.

"We`ve enjoyed going to Southampton to play these games. We haven`t won one yet in the Premier League and we`re desperate to do that as soon as we can," Howe told reporters.

"They`re a very good team. They`ve improved under their new manager, implemented his philosophy, certainly a very hard-working team. They`ve got undoubted quality, we know it`s going to be a tough game and a very good atmosphere I`m sure."

"Both teams go into the game with confidence, so I think it`s set up to be a really good match. I think we`re aware that this holds extra importance for our supporters and everybody locally so I think that has its own responsibility."

Bournemouth and Southampton are on seven points each and a win on Friday could move them up to third in the standings, albeit provisionally.

"It`s a big thing to take into the game," Howe added. "I`m sure both teams will be thinking the same thing.

"At this early stage of the season there`s no better thing than winning and to try and get yourself as high up the league as you can. We`re trying to build momentum in the campaign and I think that`s hugely important."

Howe confirmed veteran defender Simon Francis was back in contention after recovering from a knee ligament injury that sidelined him for nine months.

"It`s great to see Simon after so long and Lloyd too on the pitch after his recent injuries," Howe said. "The squad is getting stronger."