Caligiuri fired in an eighth-minute penalty to make it 11 successful spot kicks out of 12 in the Bundesliga and put the hosts ahead against his former club. 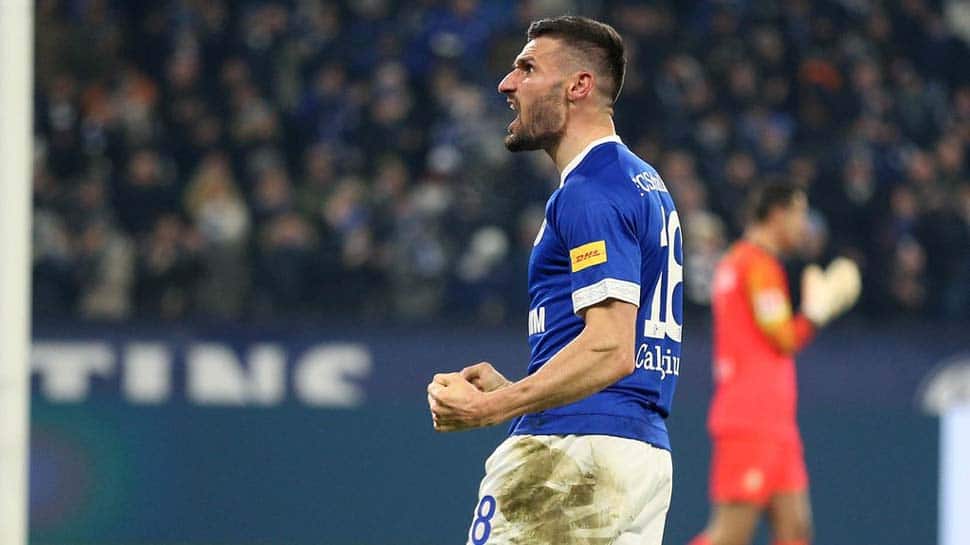 Daniel Caligiuri struck twice to steer Schalke 04 to a 2-1 victory over VfL Wolfsburg on Sunday that lifted last season's runners-up away from the relegation zone.

With only one win in their previous five league games, Schalke, who face Manchester City in the Champions League Round of 16 next month, were desperate to kick off the year on the right foot.

Caligiuri fired in an eighth-minute penalty to make it 11 successful spot kicks out of 12 in the Bundesliga and put the hosts ahead against his former club.

But, Schalke then took their foot off the gas and allowed the Wolves back into the game, with Elvis Rexhbecaj snatching a 20th-minute equaliser.

Forward Mark Uth, making his comeback after a two-month injury absence, almost headed in Schalke's second in the 50th minute but keeper Koen Casteels spectacularly saved on the line.

The Royal Blues needed a fine run from Weston McKennie to split open the Wolfsburg defence and set up Caligiuri, whose previous two Bundesliga braces came during his time at Wolfsburg, to curl in the winner with a left-footed effort in the 78th.

The result lifted Schalke to 12th on 21 points while Wolfsburg dropped to sixth on 28 after their first league loss since November.

Borussia Dortmund leads the title race on 45 after their 1-0 win at RB Leipzig on Saturday.