Germany international Timo Werner scored the winner in the 14th minute as Schalke, who sacked coach Domenico Tedesco after their 7-0 demolition by Manchester City in the Champions League this week, pressed for an early goal. 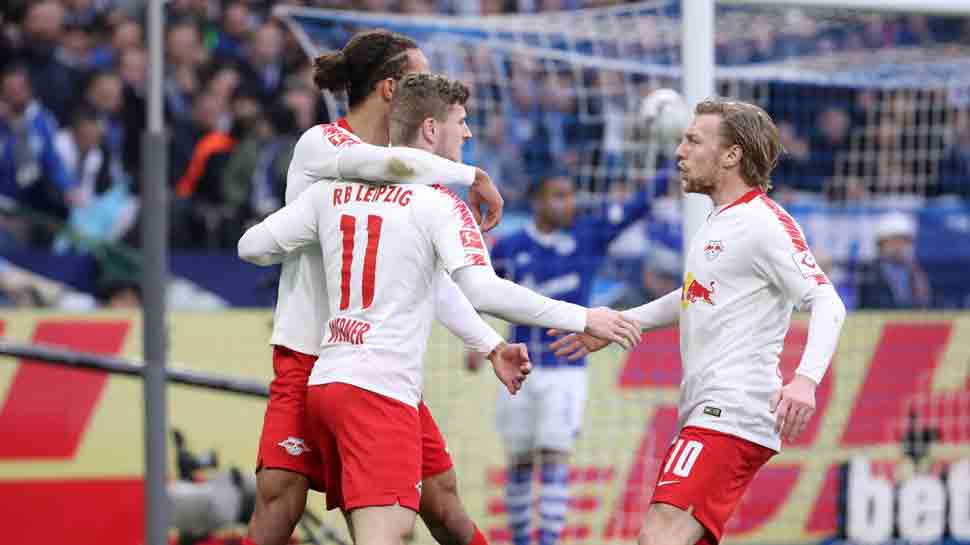 RB Leipzig tightened their hold on the third spot in the Bundesliga with a 1-0 victory over embattled Schalke 04 on Saturday, as Borussia Dortmund eyed the top spot again later.

Germany international Timo Werner scored the winner in the 14th minute as Schalke, who sacked coach Domenico Tedesco after their 7-0 demolition by Manchester City in the Champions League this week, pressed for an early goal.

With their former coach Huub Stevens returning as caretaker manager until the end of the season, the Royal Blues had the ball in the net after two minutes only for Mark Uth`s effort to be ruled offside.

They also had half a dozen fine long-range shots on goal late in the second half in a desperate attempt for an equaliser.

The win lifted Leipzig to 49 points, two ahead of Borussia Moenchengladbach, who managed only a 1-1 draw against Freiburg on Friday.

Schalke, last season`s runners-up who crashed out of the Champions League Round of 16 after a 10-2 aggregate loss to City, are stuck on 23 points in 15th place, just three above the relegation playoff spot.

Dortmund, second on goal difference to Bayern Munich on 57 points, will move three points clear at the top with a win at Hertha Berlin later on Saturday. Bayern are in action at Mainz on Sunday.