Substitute Hourihane sparked Villa`s second-half comeback at home by finishing off a neat move with a powerful shot that flew past West Brom goalkeeper Sam Johnstone to make it 1-1 in the 75th minute. 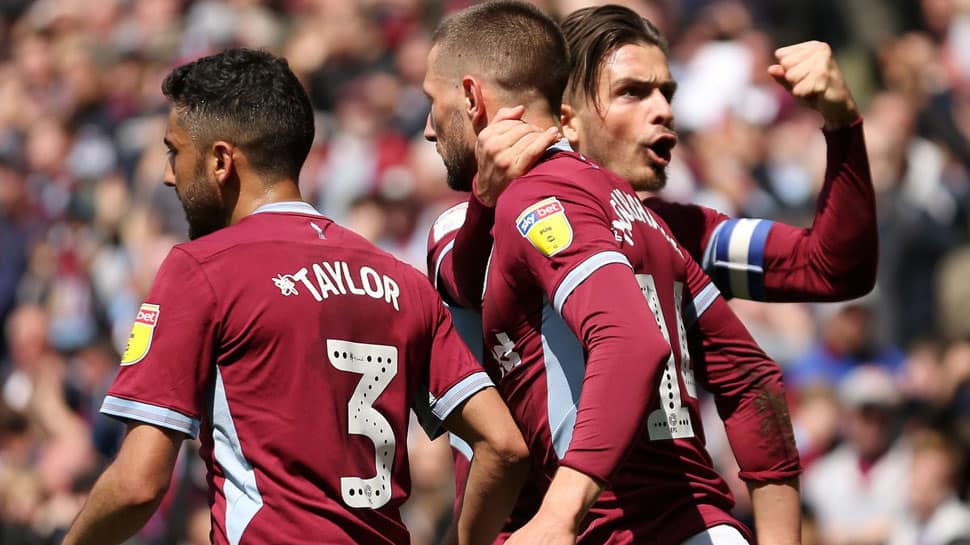 Substitute Hourihane sparked Villa`s second-half comeback at home by finishing off a neat move with a powerful shot that flew past West Brom goalkeeper Sam Johnstone to make it 1-1 in the 75th minute.

Villa won a penalty four minutes later when midfielder Jack Grealish was brought down by defender Kieran Gibbs and Abraham, on loan from Premier League side Chelsea, held his nerve to slot the ball in for the winner.

"We knew it was going to be difficult. They defended well. They kept a good structure about them. But we never give up," Abraham told the club`s television channel.

"Even though we made a mistake in the first half, we knew we`d get chances in the second half. We had to stay patient. That`s what we did. Luckily we got two goals."

Forward Dwight Gayle earlier put West Brom ahead in the 16th minute with his 24th goal of the season, latching on to the ball after a mistake by midfielder Glenn Whelan and firing a low shot past Villa goalkeeper Jed Steer.

Gayle, West Brom`s top goalscorer this season, was sent off two minutes from time for a second yellow card, meaning that he will miss the second leg at The Hawthorns on Tuesday.

"There are big key moments in the game that we`re frustrated with but we can`t moan too much, we`ve got to prepare and go for it on Tuesday," West Brom`s Jay Rodriguez, who had a shot tipped on to the crossbar before Gayle`s opener, said.

"We`re upbeat and like I said, it`s halftime. We`ve got a full game to go and do what we need to do to get what we need... it`s not a result that`s come from a lack of hard work."

Leeds United travel to Derby County for the first leg of the other playoff semi-final later on Saturday, with the return leg at Elland Road scheduled for Wednesday.

The winners of the two ties meet at Wembley on May 27 to decide the final promotion spot, with Norwich City and Sheffield United having already secured automatic Premier League places.