EPL: Arsenal and Liverpool share the honours in six-goal fiesta

Arsenal produced a stunning fightback after a woeful first-half display to overturn a two-goal deficit against Liverpool but were denied an improbable victory as Roberto Firmino salvaged a 3-3 draw for the visitors on Friday. 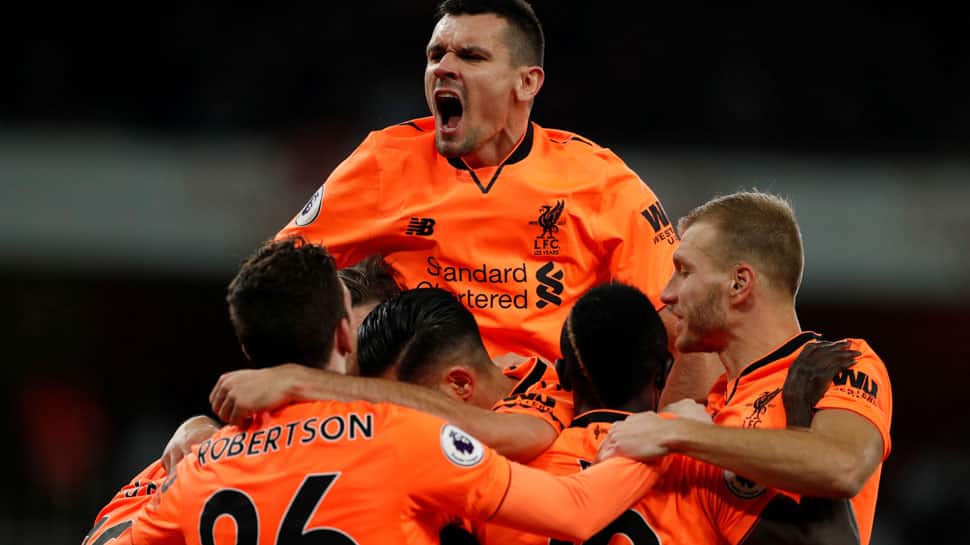 Arsenal produced a stunning fightback after a woeful first-half display to overturn a two-goal deficit against Liverpool but were denied an improbable victory as Roberto Firmino salvaged a 3-3 draw for the visitors on Friday.

In disarray for 45 minutes and behind to a rare headed goal by Philippe Coutinho, Arsenal were in danger of suffering a pre-Christmas nightmare when Mohamed Salah raced away to put a rampant Liverpool 2-0 ahead in the 52nd minute with his 15th league goal of the season.

But the hosts suddenly came alive and, unbelievably, they were ahead by the 58th minute with goals from Alexis Sanchez, Granit Xhaka and Mesut Ozil turning the game upside down.

Firmino made sure Liverpool returned north with a point with a 71st-minute equaliser but Juergen Klopp was left scratching his head at how his side squandered two points.

"A point at Arsenal is a good result for most teams in the world but it feels not too good at the moment," the German, whose side remained in the fourth spot a point ahead of Arsenal, said after getting his breath back at the Emirates.

"Arsenal were not in the game apart from 10 minutes."

Liverpool had scored at least three goals in each of their four Premier League matches against Arsenal under Klopp, winning three and drawing one, and found the Gunners defence in flimsy mood again as the festive programme opened with a cracker.

The visitors suffered an early blow when skipper Jordan Henderson limped off with a hamstring injury.

However, his replacement James Milner began the goal rush when he released Salah whose cross was glanced home by Coutinho for his first ever headed goal for the Reds.

The Gunners trudged off to a chorus of boos at halftime and were no better at the start of the second half as Salah was allowed to maraud forward unopposed before curling superbly past Cech to make it 2-0, his shot deflecting off Shkodran Mustafi.

Arsene Wenger's side had offered nothing but were given a lifeline when Sanchez, invisible before halftime, punished Liverpool's dozing defence to head home Ozil's cross.

Xhaka then let fly and although his 25-metre shot swerved, it should have been meat and drink to Simon Mignolet who looked crestfallen as the ball nestled in the net.

Liverpool were stunned and the sky fell in on them when Ozil fired Arsenal in front after a superb backheel by Alexandre Lacazette to send the home crowd into delirium.

It seemed unlikely that would be the end of the drama and so it proved as Firmino turned and struck a powerful left-foot shot that Cech could only parry and the ball looped into the net.

Wenger admitted his side had been lucky to only be one goal behind at the break.

"We played frozen with fear and not at our level in the first half. In the second half, we played at our level. It was a thrilling game," he said. "I am frustrated at not winning but that is the type of game you want in the Premier League."