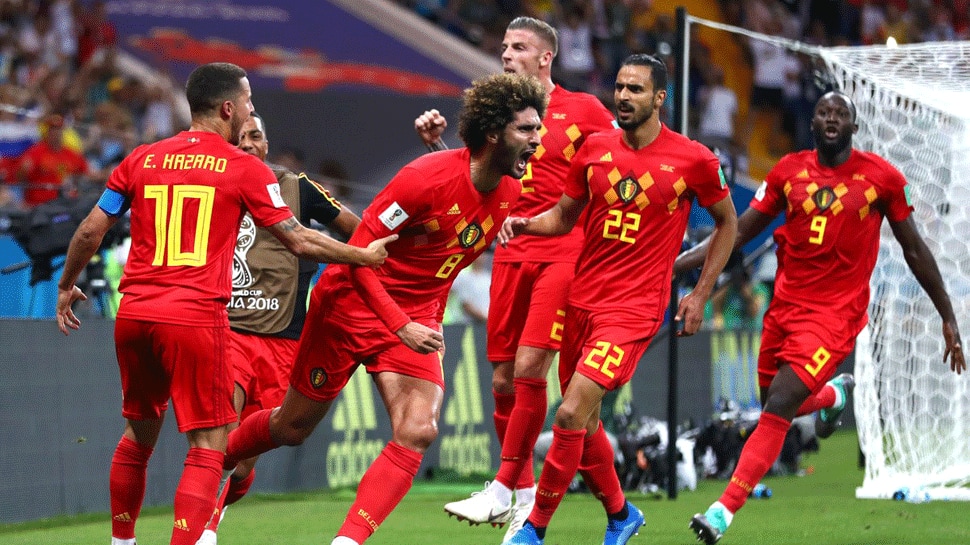 Belgium kept their 100 percent record intact in Euro 2020 qualifying Group I with a Kevin de Bruyne-inspired 4-0 demolition of a disappointing Scotland side at a subdued Hampden Park on Monday.

Roberto Martinez`s side, top of the FIFA rankings, were a class above their hosts as they scored three times before halftime through Romelu Lukaku, Thomas Vermaelen and Toby Alderweireld -- all created by De Bruyne.

The Manchester City craftsman then capped a superb individual display with a clinical finish late on.

The top two go through to next year`s finals.

Scotland`s joint heaviest home defeat means their slender hopes of qualifying from the group are virtually over, although they could still reach the tournament via the Nations League playoffs, with a semi-final place already secured.

"We started a bit iffy but I think after we scored we controlled the game," De Bruyne told Sky Sports.

"Defensively we didn`t give much away. It was a really good performance."

Belgium needed only nine minutes to take the lead with their first serious foray into Scottish territory.

Moments after Scotland had a free kick at the other end, Belgium counter-attacked in deadly fashion with Dries Mertens driving forward before finding De Bruyne who rolled a pass across the pitch for Lukaku to score with ease.

It completely knocked the stuffing out of the Scots and it was 2-0 in the 24th minute when De Bruyne whipped in a cross and Vermaelen arrived to side-foot past keeper David Marshall.

The game was effectively over already and Scotland`s night got even worse in the 32nd minute when De Bruyne swung over a corner and an unmarked Alderweireld headed in off the crossbar.

It was a passion-less display by Scotland and Belgium could afford the luxury of playing the rest of the match in cruise control as they claimed another easy three points.

De Bruyne saved the best goal to last as he planted a first-time shot past Marshall after being played in by Lukaku.

Scotland dropped to second from bottom in the table after Cyprus beat San Marino 4-0 to move above the Scots by a point.

"I thought we started the game well but we conceded a goal from our free kick. Then we conceded two goals from set plays and you can`t afford three soft goals."