Infantino claimed last week that the unprecedented move to step in and administer African football would "significantly improve" the sport in the continent. 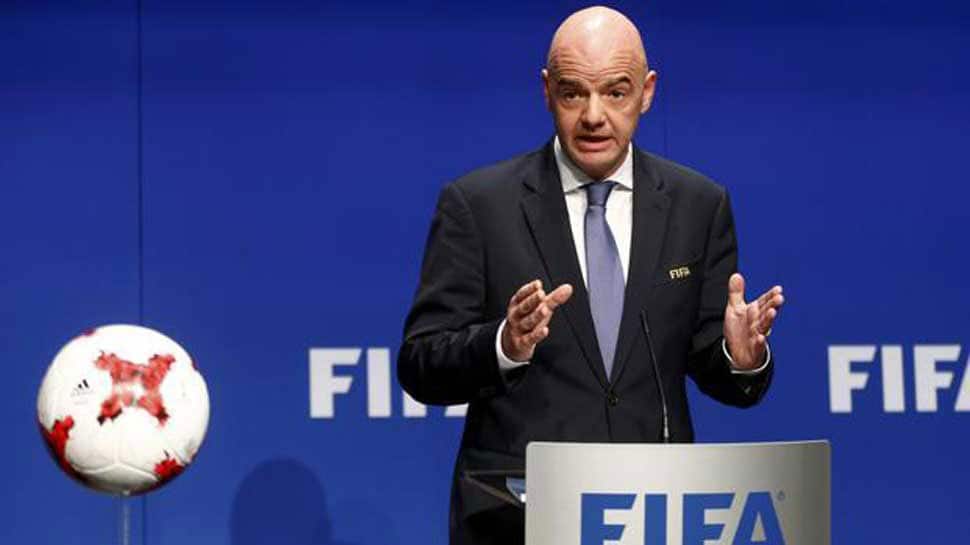 CapeTown: FIFA`s plan to take over the running of African football is set to face a possible roadblock with an executive committee member of the Confederation of African Football (CAF) saying he will challenge the decision in court.

Musa Hassan Bility, who is from Liberia and a CAF executive committee member for last two years, said he will ask the Swiss-based Court of Arbitration for Sport to declare the agreement invalid through which FIFA secretary general Fatma Samoura will be sent on a secondment to overhaul the African governing body.

Bility said he also wants to ask the court to compel CAF to start a forensic audit of its finances, which he said the executive committee had previously agreed to but CAF president Ahmad Ahmad then stalled.

CAF is in crisis following corruption allegations against Ahmad which he has denied. He was reported in March to FIFA`s ethics committee for alleged corruption and harassment by CAF general secretary Amr Fahmy. Fahmy was then fired.

He was detained in June by French police in Paris where he was questioned over a sportswear deal between CAF and a French company in which the African body is said to have paid exorbitant prices for equipment it could have got much cheaper directly from the manufacturers.

In a statement released to the media on Monday, former Liberian Football Association president Bility said, "Ahmad must resign and the proposed FIFA takeover should be cancelled."

"Logically, and in a sane world, the acquiescence by the CAF leadership that they have been unable to manage their own affairs ought to have been followed by quick resignation of its top leaders."

"It is clear to me and many others that the agreement as currently structured has the sole purpose of shielding and cleansing CAF President Ahmad from the crimes he has committed – financial impropriety, sexual harassment and nepotism," he claimed.

FIFA has confirmed there is an ethics investigation into Ahmad, although he was yet to be sanctioned. Ahmad has not responded to Reuters` requests for comment on the specific allegations against him.

Bility also claimed FIFA President Gianni Infantino has seized on the opportunity to get rid of his general secretary.

"Infantino has thus seized this opportunity to offer Fatma a `golden parachute` into a confederation job to pave the way for her eventual replacement at the helm of FIFA," he said.

FIFA on Monday told Reuters it had no further comment to add to last week`s release of an 11-point road map to help African football.

Infantino claimed last week that the unprecedented move to step in and administer African football would "significantly improve" the sport in the continent.

You have to back yourself to be Manchester United player, says Scott McTominay