Van Persie`s 50 goals in 102 appearances make him the top goalscorer for the Netherlands national team and his club achievements include winning the FA Cup with Arsenal and the Premier League with Manchester United. 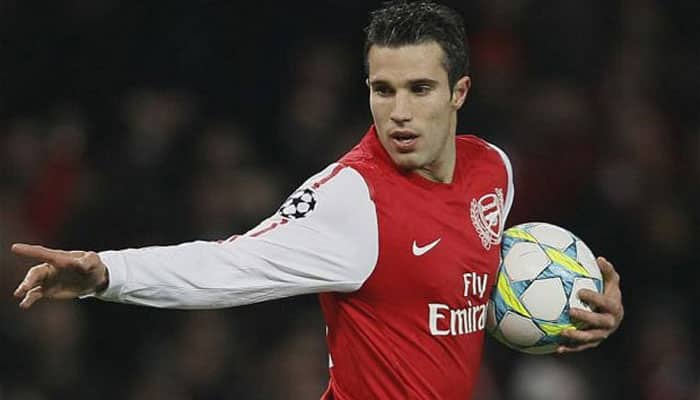 To finish with dignity is how Robin van Persie wants to end his playing days on Sunday when he hangs up his boots after an 18-year career.

"The goal was to go out with honour because football is my passion," the 35-year-old told Dutch media on Saturday before he plays his last game for Feyenoord against ADO Den Haag in Rotterdam.

Van Persie`s 50 goals in 102 appearances make him the top goalscorer for the Netherlands national team and his club achievements include winning the FA Cup with Arsenal and the Premier League with Manchester United.

He also played in Turkey before returning to his first professional club to see out his career, making the decision to retire one year ago already.

"I`m glad I made that choice already because I`ve had a whole year to get mentally prepared for retirement."

"If I had only taken the decision a few weeks ago, it would have been difficult to let it sink it in such a short period of time," he told a news conference.

Sunday was due to be the last round of the Dutch season before a change in fixtures, to accommodate Ajax Amsterdam in the Champions League, saw a round move to next Wednesday.

But Van Persie plans to finish in front of family and friends at the Feyenoord Stadium.

After that, he says he wants to find something to do in the game but not coaching.

"To become a coach means stress. If you do it the way Pep Guardiola does, you`re busy with football day and night.

"And after three defeats, you are the head of Jut," he said in a reference to an infamous 19th-century Dutch murderer whose head was kept in a jar and was long on display in an anatomical museum.

"Look at how Marco van Basten was treated as a coach,” he added.

"The magic disappeared. It`s a hard business and first I`m getting away for a while."