The fiery 49-year-old, famous for his dressing-room tirades, will replace Luciano Spalletti who parted company with the Chinese-owned club on Thursday, two years before the end of his contract, despite guiding them into next season`s Champions League. 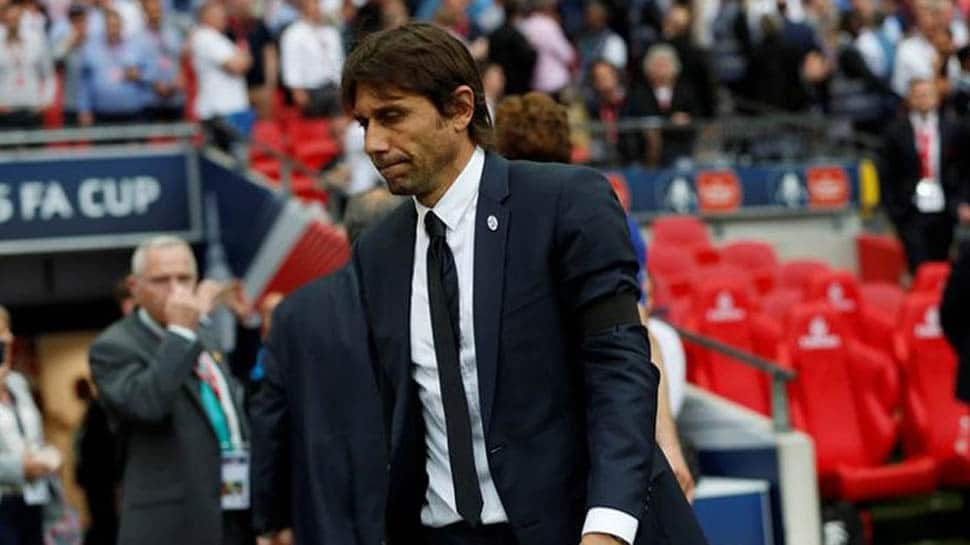 Inter Milan handed the reins to former Juventus, Chelsea and Italy coach Antonio Conte on Friday, giving him the job of attempting to revive a side who have not won a major trophy for eight years.

The fiery 49-year-old, famous for his dressing-room tirades, will replace Luciano Spalletti who parted company with the Chinese-owned club on Thursday, two years before the end of his contract, despite guiding them into next season`s Champions League.

"A new chapter in my life is beginning, I`m really excited," Conte said in a statement on Inter`s website. "I have chosen Inter because of the club it is, because of the project`s sound basis and how ambitious it is."

Inter have won 18 Serie A titles and the Coppa Italia seven times but have struggled since winning a Champions League, Serie A and Coppa Italia treble under Jose Mourinho in 2010.

Their last major title was the Coppa Italia in 2011 and they missed out on the Champions League for six consecutive seasons before returning to the competition under Spalletti this season.
Conte is their 11th coach in nine years since Mourinho departed and the club has also changed hands twice since then.

Inter will be hoping that Conte will have the same effect on them as he did on Juventus. The Turin side had finished seventh for the two previous seasons before Conte arrived in 2011 but then won three successive titles under him.

He went on to coach Italy and took them to the quarter-finals at Euro 2016, eliminating titleholders Spain and taking Germany to penalties despite complaining that he missed the day-to-day club routine.

Conte used a combination of tactical nous and his renowned motivational powers to get the most from a team which was widely regarded as the weakest to have represented Italy in many years.

Next stop was Chelsea where Conte won the English Premier League title in his first season and the FA Cup in his second, only to be sacked with one year left on his contract following disagreements with the management over transfer policy.

Conte`s methods were vividly described in the autobiography of former Italy midfielder Andrea Pirlo, who played under him at Juventus.

Pirlo said that Conte would throw bottles of fizzy mineral water against dressing-room walls in fits of rage and said that his rants "crash through the doors of your mind, often quite violently, and settle deep within you".

Inter president Steven Zhang described Conte as "one of the best coaches out there".

"I`m certain that he`ll help us achieve our objective and fulfil our mission, one which has always remained the same: to make this club one of the best in the world again," he said.