India are placed 97th in the FIFA charts compared to Thailand's 118, but rankings will hardly matter in the continental showpiece. In fact, India are the second highest-ranked team in the group after the UAE. 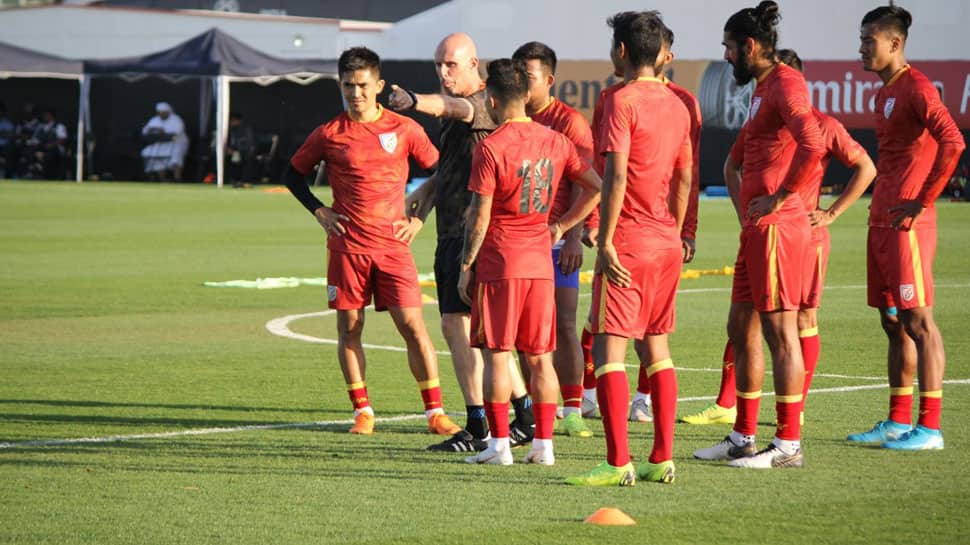 Underdogs India will look at their impressive results in recent months for inspiration when they open their AFC Asian Cup football campaign against Thailand on Sunday.

With the continental showpiece event being expanded to 24 teams for the first time from the earlier 16, the Indian side have a real chance to make it to the knock-out rounds, which will be a first after their runners-up finish in 1964.

The two top sides from each of the six groups made up of four countries as well as four third-place teams will advance to the Round of 16.

India, playing in their fourth Asian Cup, are entering the tournament on the back of a goalless stalemate against World Cup-winning Italian coach Marcello Lippi's China and Oman in the lead-up to the tournament.

They lost narrowly (1-2) to Jordan in their third big match ahead of the Asian Cup. These results were preceded by a 13-match unbeaten run in international friendly matches and the Intercontinental Cup at home last summer.

Constantine's players will also be keen to improve upon the disastrous performance of the country in the 2011 edition when it badly lost all its group matches.

Sunday's Group A match against Thailand at the Al Nahyan Stadium will be crucial for India as a positive result will boost the Stephen Constantine-coached team's chances of making it to the Round of 16.

If India beat Thailand on Sunday, then a draw in the remaining two matches -- against hosts UAE (January 10) and Bahrain (January 14) -- could be enough for them to qualify for the knock-out round.

Defensive discipline will be one of the key factors for India against a Thailand team that scored a lot of goals at the ASEAN Football Federation Championship.

India are placed 97th in the FIFA charts compared to Thailand's 118, but rankings will hardly matter in the continental showpiece. In fact, India are the second highest-ranked team in the group after the UAE.

Historically, India and Thailand have played against each other 24 times with the South East Asian nation winning on 12 occasions. India have won five times while the remaining seven were drawn.

The last time India beat Thailand was way back in the 1986 Merdeka Cup in Kuala Lumpur.

On the eve of the match, Constantine said that he "can't wait for the match to begin".

Asked about Thailand losing to Oman a few days ago while India drew with the West Asian country, Constantine said, "They are different teams with a different set of players. Oman were trying out different players, and so were Thailand."

India will look to their talismanic striker Sunil Chhetri to get them the goals, but the recent form of his strike partner Jeje Lalpekhlua could be a cause for concern. The Mizo, though, has it in him to produce an impressive performance.

Sandesh Jhingan has spearheaded the defence well and he will pair up with Anas Anas Edathodika at the heart of the backline. Goalkeeper Gurpreet Singh Sandhu has been in top form as the last defensive bulwark.

Constantine will look forward to his first-choice wingers, Udanta Singh and Halicharan Narzary, to supply enough deliveries upfront for Chhetri and Lalpekhlua.

For Chhetri, this will be his second appearance in the Asian Cup after the 2011 edition. He is the only player in this team to have played in the 2011 tournament. Goalkeeper Gurpreet was in the 2011 squad but did not play a single match.

On the other hand, Thailand's best result in the continental championship came in 1972 when they finished third. Since then, they have failed to overcome the group stage hurdle in all the five occasions they qualified for the final round.

Thailand have come into the tournament after failing to defend their AFF Championships title, losing to Malaysia in the semifinals but that team did not have four key players who were based abroad.

But head coach Milovan Rajevac, who guided Ghana to quarterfinals in 2010 World Cup, named all the foreign-based players for the Asian Cup to strengthen the Thailand team though Belgium based goalkeeper Kawin Thamsatchanan was ruled out last week due to injury, which may turn out to be a boon for India.

The 30-year-old Dangda, who currently plays for Sanfrecce Hiroshima in the J-League, is the only surviving member from Thailand's last Asian Cup appearance in 2007 when the country played host to the tournament.

A lot of travelling fans have already landed here to cheer for India. A lot of expatriate Indians are also expected to throng the Al Nahyan Stadium to support their team.