The 47-year-old has even strongly hinted that next month`s final against Liverpool in Madrid could end his impressive five-season stay at Spurs in which he has established the club in the Premier League`s top four and himself as one of the world`s top coaches. 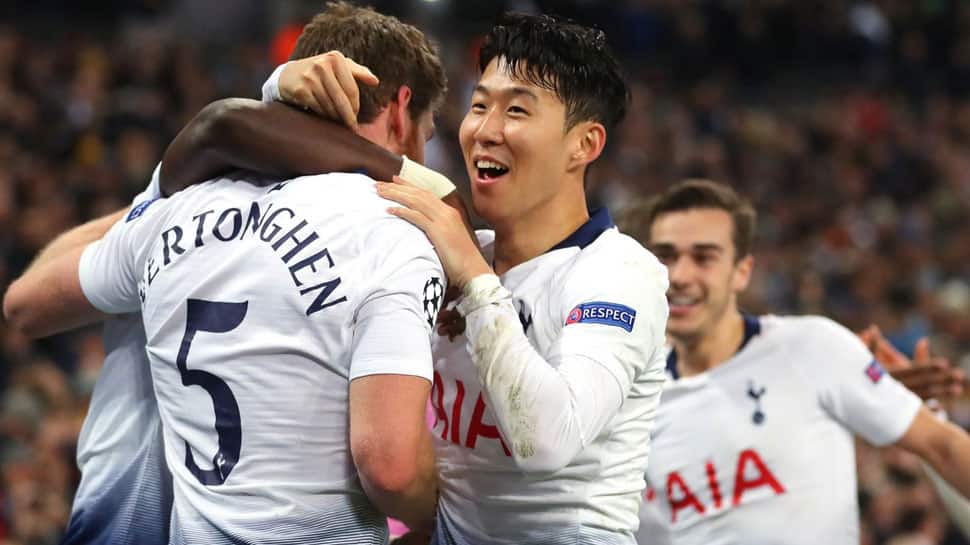 Mauricio Pochettino is basking in the glory of defying modern football logic and leading Tottenham Hotspur to their first Champions League final but warns a crash could follow unless the club comes up with a new plan.

The 47-year-old has even strongly hinted that next month`s final against Liverpool in Madrid could end his impressive five-season stay at Spurs in which he has established the club in the Premier League`s top four and himself as one of the world`s top coaches.

Tottenham have not signed a single player in successive transfer windows while title rivals Manchester City and Liverpool and Chelsea, Arsenal and Manchester United have all invested huge sums in strengthening their squads.

The strain has told in recent weeks with Tottenham`s Premier League form collapsing, although barring an unlikely sequence of events in Sunday`s climax, they will finish at least fourth for the fourth successive season.

Pochettino, one year in to a five-year contract, spoke of his pride at keeping Tottenham moving forward while the club balanced the huge project of building the 62,000-seater stadium they finally moved into last month.

But the distinct impression from Friday`s news conference, jovial as it was after Wednesday`s magnificent 3-2 win away to Ajax Amsterdam sent Spurs fans into delirium, was that he is becoming weary of Tottenham`s self-imposed underdog tag.

Asked if he was considering leaving, Pochettino`s answer was certainly open to interpretation.

"I am open to everything. What I`m not open to is to start a new chapter with no plan or a clear idea," Pochettino said.

"If we believe that if we operate in the same way that we have operated in the last five years we are going to be every season in the Champions League final, the top four and competing against projects like Liverpool or Manchester City or Manchester United, I think we are very naive."

When Pochettino joined the club from Southampton his brief was to close the gap on the top four and hopefully deliver Champions League football into the new stadium.

Despite winning no silverware he has over-achieved in that respect and on Friday he joked that if someone had told him in 2014 that Spurs would reach the Champions League final in five years he would have asked what they were drinking.

The question now, he says, is what`s next?

Pochettino said in an interview in Spanish daily El Pais this week that he turned down a job offer from Real Madrid last summer when he agreed a new deal with Tottenham.

While the first five-year plan at Spurs could yet end in glory, Pochettino wants to know how ambitious the club are, whether it can write the "the most amazing history".

"In the five years we have achieved a lot of things, but now it`s what`s next? Of course, we are all excited now (for the Champions League final) and it`s difficult to see the future but the future arrives quick."

"If you are not focused, if you don`t start to work and make a plan, don`t anticipate things, when you crash you crash."

Pochettino insists he loves his work at Tottenham but fans will hope that when he sits down with club chairman Daniel Levy after the Champions League final he hears what he wants to hear.

"I love to be here every day," he said. "Our effort was massive and of course my motivation is to be here and to work hard, to try to achieve all that the club want to achieve.

"The problem is, I need to know for what we are going to fight and the tools we have to achieve what we plan to achieve. That is the most important.

"My motivation is to create something special in football and Tottenham gave us that possibility," he said. "Now it is about how we handle or manage the future, that is the key."

Juventus coach Massimiliano Allegri amused by talk of his departure