Kompany made a move to R.S.C. Anderlecht but Zinchenko said that he would like to stay in touch with the 33-year-old. 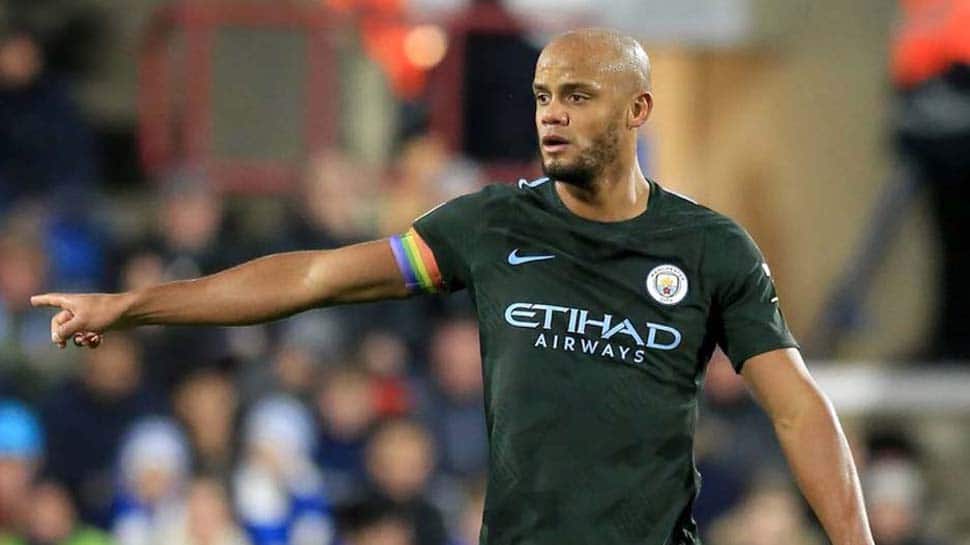 Leeds: Manchester City`s footballer Oleksandr Zinchenko said that the unexpected departure of Vincent Kompany from the club made him cry.

"I was crying because nobody was expecting that. But that`s football, nobody knows what could happen," Goal.com quoted Zinchenko as saying.

"I am so lucky. Last season he was helping me a lot. Outside the pitch, inside the pitch, about this position. I remember a few times he took me after some training sessions, he was working with me around 40 minutes or something to try and help me," he added.

Last month, Zinchenko signed a contract extension at Manchester City and expressed his happiness over it as he said, "That`s a massive dream, to be part of the squad, to be part of this huge family. I was dreaming about that, now you just have to work a lot because hard work is important.

Zinchenko further stated that everything changes quickly in football so players have to fight for their place.

"Every single day you have to show your level in the training sessions and the games and you have to fight for your place. This is the first step, to become number one," he said.

"Football is crazy, everything can change like that. You can be top today but tomorrow, again, again and again, you have to work a lot," Zinchenko signed off.