England international Smalling fell out of favour at Old Trafford following the arrival of Harry Maguire as the world`s most expensive defender from Leicester City. 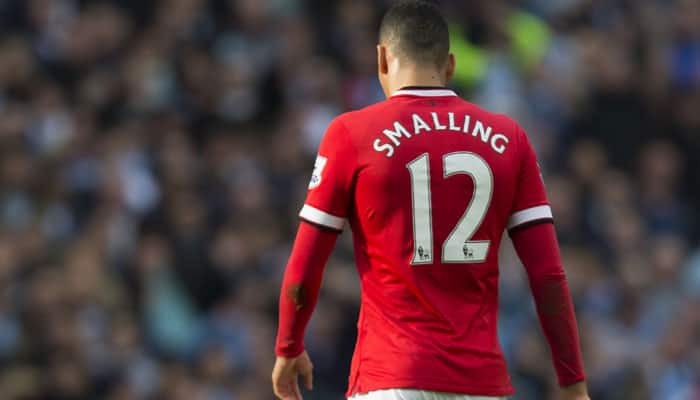 Manchester United defender Chris Smalling says he will be happy to extend his stay in Italy if his season-long loan deal at AS Roma is successful.

England international Smalling fell out of favour at Old Trafford following the arrival of Harry Maguire as the world`s most expensive defender from Leicester City.

The 29-year-old centre back has been brought in at Roma to help fill the void left by Kostas Manolas at the heart of the defence, and he suggested he could look to make the move permanent.

"This is an opportunity that came to me that I was very interested in, and I was very eager to come," Smalling told a news conference on Friday.

"It happened very quickly and now I focus on the next game, getting up to speed with training in terms of the manager`s methods and then hopefully have a very good season."

"To be able to have the chance at a big club, and then if it prolongs and the club is happy then I can definitely see a longer-term future in Italy."

Smalling`s former United teammate Romelu Lukaku, now at Inter Milan, was subjected to racist abuse as he took the penalty during his side`s 2-1 win over Cagliari last weekend.

Serie A have launched an investigation into the incident but an Inter fans group, in an open letter, insisted the monkey chants in Italy are not racist.

Smalling has described racism as an 'unacceptable' problem that affects all parts of the world but remains hopeful that it will lessen in the near future.

"There needs to be a change, there will be generational changes and younger people will have a different perspective," he added. "But it does happen, not just in Italy but around the world, and it is very sad and unacceptable that it still happens in these modern times."

Smalling is set to make his debut for Roma against Sassuolo following the international break on September 15.