Olympique de Marseille, who have not won at Bordeaux in the elite since 1977, lie fifth in the Ligue 1 standings on 48 points from 31 games. 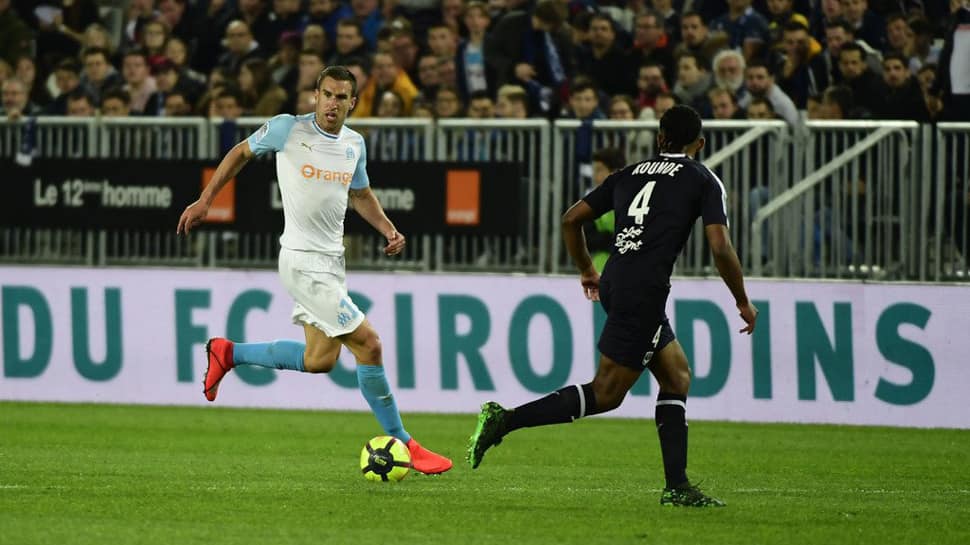 Olympique de Marseille`s hopes of playing the next season`s Champions League took a major knock when their top-flight winless streak at Girondins Bordeaux continued in a 2-0 defeat on Friday.

OM, who have not won at Bordeaux in the elite since 1977, lie fifth in the Ligue 1 standings on 48 points from 31 games, eight behind third-placed Olympique Lyonnais who have a match in hand.
Bordeaux are 11th on 38 points.

Bordeaux, who finished with 10 men after defender Pablo was sent off in the 82nd, went ahead in the 27th minute when Francois Kamano converted a penalty following a handball by Nemanja Radonjic.

Nicolas de Preville then beat defenders Boubacar Kamara and Hiroki Sakai before firing past Steve Mandanda to make it 2-0 after 71 minutes.

Marseille were without the injured Lucas Ocampos while Mario Balotelli started on the bench. He replaced Dimitri Payet in the 68th minute but was toothless like the rest of a disappointing OM side.

Leaders Paris St Germain will claim the title if they beat Strasbourg on Sunday and Lille fail to take all three points at Stade de Reims earlier in the day.