With league leaders Chelsea on 59 points from 24 games, Klopp warned that his team still have a mountain to climb. 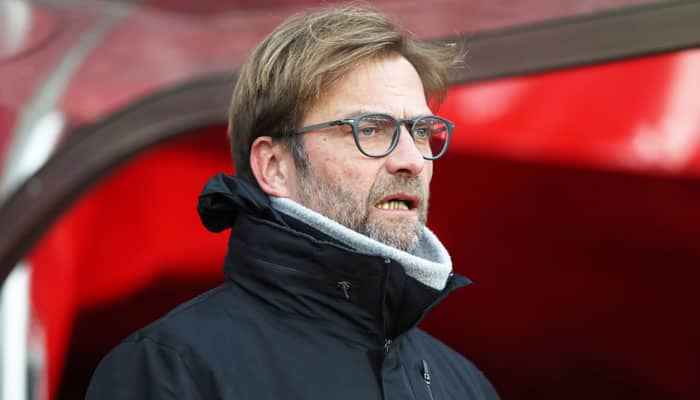 Liverpool: Liverpool manager Juergen Klopp has warned his players not to go overboard with celebrations following their victory over Tottenham Hotspur in an English Premier League (EPL) clash here.

Liverpool rode on first half goals from star winger Sadio Mané to beat Tottenham 2-0 at Anfield on Saturday. The result saw them climb to the fourth spot on the table with 49 points from 25 matches.

But with league leaders Chelsea on 59 points from 24 games, Klopp warned that his team still have a mountain to climb in order to catch up.

"We finally started 2017 tonight but we should not go nuts immediately. What would you think about me now if I said I think we can catch Chelsea?" the former Borussia Dortmund was quoted as saying by the Guardian.

"Crazy? Ambitious? Maybe you can believe I am not too interested in that.

"Chelsea do not look at the moment as if they are going to struggle, but if they do someone could still catch them. What we must do now is to win as many of our games as possible," he added.

Klopp also praised Mane, who is in superb form after returning from the recently concluded Africa Cup of Nations where he spearheaded Senegal`s run to the quarter-finals.

"Everyone was waiting for a game like this. Sadio was fantastic, but so were Adam Lallana and Roberto Firmino, still sprinting after 90 minutes. Now we have shown what we can still do, we have to use the rest of the season well and maximise our position."