The 19-year-old continued an impressive run of form which has seen him score three goals in five Serie A appearances this season and in both of Italy`s Euro 2020 qualifiers this month, against Finland and Liechtenstein. 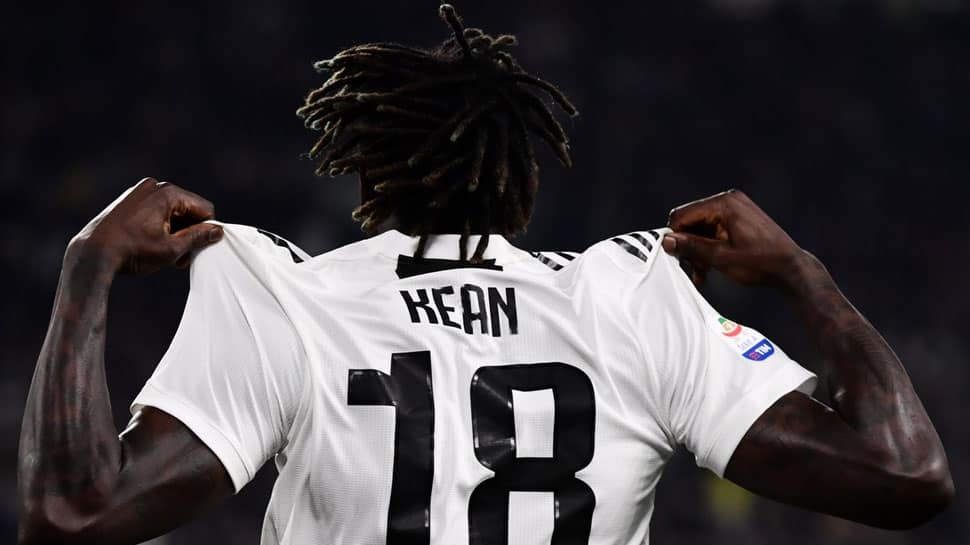 Teenager Moise Kean scored three minutes after coming on as a substitute to give Juventus a 1-0 win over lowly Empoli after the runaway Serie A leaders had been jeered off at halftime on Saturday.

The 19-year-old continued an impressive run of form which has seen him score three goals in five Serie A appearances this season and in both of Italy`s Euro 2020 qualifiers this month, against Finland and Liechtenstein.

Juventus, missing Cristiano Ronaldo after he suffered a thigh injury in Portugal`s 1-1 draw with Serbia on Monday and Paulo Dybala after he pulled up during the warm-up, struggled to break down the visitors until Kean struck in the 72nd minute.

Giorgio Chiellini played a long ball out of his own half and Mario Mandzukic headed it into the path of Kean who fired past Bartlomiej Dragowski.

Juventus have 78 points, 18 clear of second-placed Napoli who visit AS Roma on Sunday. Empoli are 17th with 25 points, one point and one place above the relegation zone.

"Kean has quality but he has to improve in lots of areas and his willingness to make sacrifices will make the difference," he said. "So many players have lost their way along the road."

He added that Kean was not ready to start the match after his week with the national team.

"He scored two goals for Italy in as many games and having all that attention uses up a lot of energy both physically and mentally," he said. "He returned from the international break and looked like he barely knew where he was."

Empoli had enjoyed the better of the first half, angering the home crowd, and Rade Krunic was twice close to giving them a shock lead.

"The crowd were right because we didn`t play well," said Allegri, referring to the fans` reaction.

Juventus, who lost their unbeaten league record in their previous outing when they were beaten 2-0 at Genoa, showed more signs of life after halftime as Federico Bernardeschi crashed an acrobatic volley against the crossbar.

Kean`s entrance in the 69th minute got the biggest cheer of the evening up to that point and he could have had a second goal when he got clear of the Empoli defence but was foiled by Dragowski.