Vogele needed just over an hour to dispatch the fourth-seeded Stephens and push her overall record to 4-1 against the 2017 U.S. Open champion. 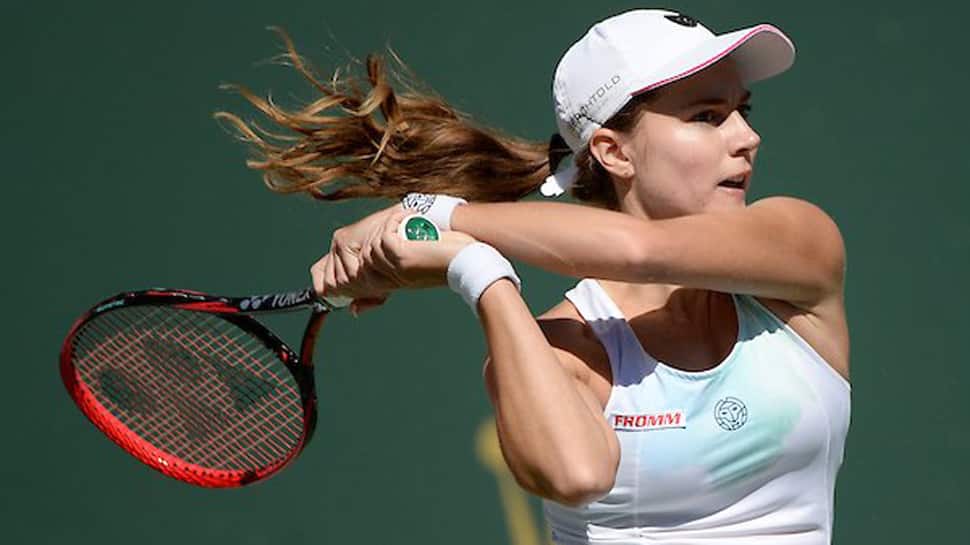 Swiss qualifier Stefanie Vogele stunned world number four Sloane Stephens with a 6-3, 6-0 win in their second-round match at the BNP Paribas Open on Saturday as the American struggled amid gusting winds in the Southern California desert.

Vogele needed just over an hour to dispatch the fourth-seeded Stephens and push her overall record to 4-1 against the 2017 U.S. Open champion, who failed to make it past the tournament`s third round last year.

Stefanie Voegele dominates Sloane Stephens 6-3, 6-0 to capture the biggest win of her career and seal a spot in the third round.#BNPPO19 pic.twitter.com/Y4i39Cr2a6

Meanwhile, American Jennifer Brady defeated 19th-seeded Caroline Garcia 6-3, 3-6, 6-0 to punch her ticket to the third round.

Brady, 23, thumped five aces en route to her third victory over the French this year.

With the loss, 14th-seeded Kasatkina, who was a finalist at the tournament last year, is projected to fall out of the top 20 when rankings are released after the tournament.

Garbine Muguruza broke American Lauren Davis for a speedy 6-1, 6-3 win to send the Spanish 20th seed into the third round and keep her dreams of a maiden title in Indian Wells alive.