The 28-year-old, who has signed a five-year deal with the London club, joins goalkeeper Joe Hart and defender Pablo Zabaleta as part of manager Slaven Bilic`s summer revolution. 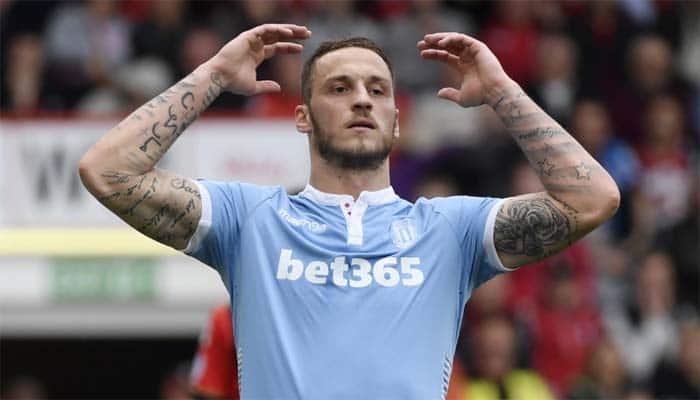 The 28-year-old, who has signed a five-year deal with the London club, joins goalkeeper Joe Hart and defender Pablo Zabaleta as part of manager Slaven Bilic`s summer revolution.

"Everyone knows that West Ham is a big club, with big history, and I`m happy to be a part of it now," Arnautovic told the club website after leaving Stoke, where he played for four seasons, scoring 22 Premier League goals.

"The club is still growing, getting better and better, and that`s why I`m here," he added.

The fee, which West Ham confirmed was a club record, was reported by British media to be up to 25 million pounds ($32.48 million), exceeding the 20.5 million pounds the club paid Swansea for Andre Ayew in 2016.

The London club, who sold goalkeeper Darren Rudolph to Middlesbrough earlier on Saturday, have now made three big signings during the summer as they bid to improve on last season`s 11th-place finish.

Joint-chairman David Sullivan told the club website: "Alongside Pablo Zabaleta and Joe Hart, we have brought in three players with vast Premier League experience this summer, and that was one of our key targets."

Arnautovic, who previously played for FC Twente and Werder Bremen, has played 62 times for his country, scoring 15 goals.