The order was pronounced by the Visnagar Court in Gujarat. 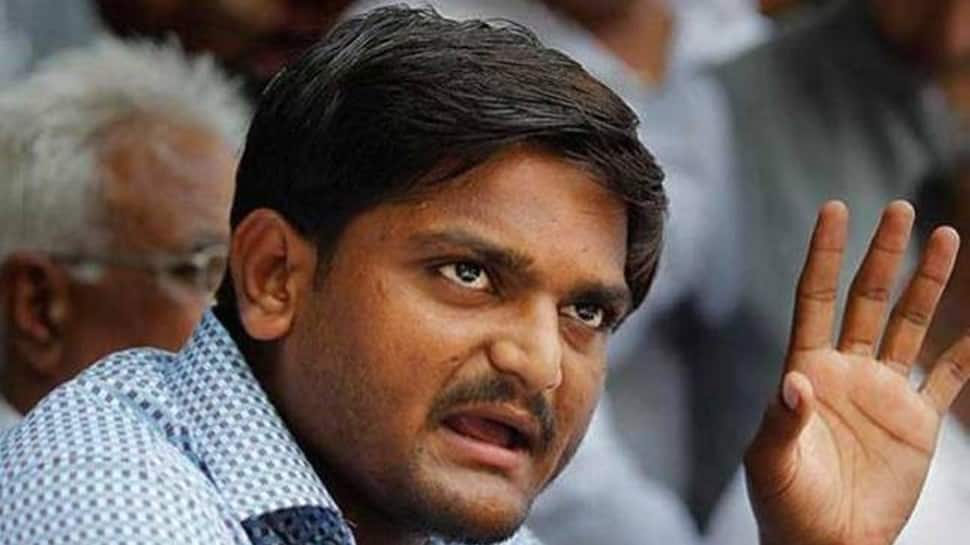 MEHSANA: Patidar leader Hardik Patel has been sent to jail for two years in connection with a case of vandalism at Bharatiya Janata Party (BJP) legislator Rushikesh Patel's office in Visnagar during 2015 Patidar protests. Hardik, the convener of the Patidar Anamat Andolan Samiti (PAAS), was found guilty by the Visnagar Court in Gujarat on Wednesday. A fine of Rs 50,000 has also been imposed on the Patidar agitation leader.

Along with Hardik, Sardar Parel Group (SPG) convener Lalji Patel and another Patidar leader Ambalal Patel have also been found guilty and have been sentenced to two years in jail each with a fine of Rs 50,000. The other 14 accused were let off by the court for want of enough evidence against them.

Hardik Patel is one of the accused in the FIR which was filed at Visnagar in Mehsana district on July 23, 2015, when a rally of the Patel community seeking reservation turned violent, resulting in damage to property and assault on some media persons. During the violent agitation, the mob had torched a car and vandalised the office of local BJP MLA Rishikesh Patel.

Hardik's Patidar Anamat Andolan Samiti has been protesting seeking reservation for the Patel community under Other Backward Classes in Gujarat for reservation in government jobs and education. He was also booked with sedition charges in October 2015 over his provocative remarks where he had asked his supporters to kill policemen rather than commit suicide for the cause of reservation. he was arrested and imprisoned in Surat after he led a huge revolt of the Patidar community against the ruling BJP government in the state. His arrest was followed by large-scale arson and violence by his supporters in some towns in the state.