The death toll in Takshshila Arcade fire in Sarthana in Gujarat's Surat touched 22 after two more teenage students died on Saturday evening. The city police have ordered shut down of all coaching classes in Surat until they get a fire safety certificate from the fire department. 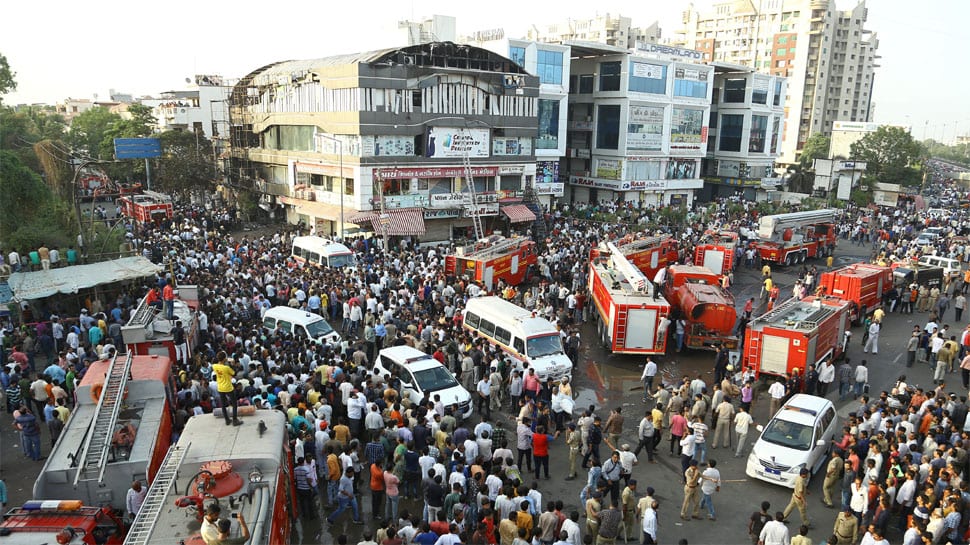 SURAT: The death toll in Takshshila Arcade fire in Sarthana in Gujarat's Surat touched 22 after two more teenage students died on Saturday evening. The city police have ordered shut down of all coaching classes in Surat until they get a fire safety certificate from the fire department.

“All type of tuition classes have been stopped for now, classes can only be conducted after the required fire safety checks are done and a fire safety certificate has been obtained,” said Satish Sharma, Commissioner of Police, Surat.

The National Human Rights Commission (NHRC) also issued a notice to the Gujarat government over the fire tragedy. The commission observed that announcement of compensation to the families cannot be a solution to such deadly hazards. 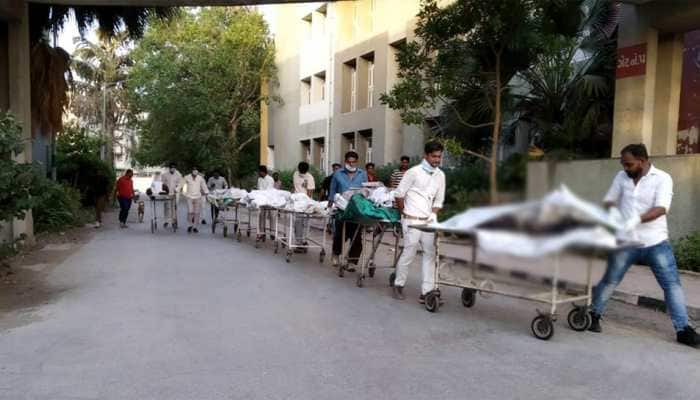 A massive fire broke out on Friday afternoon (May 24) in commercial building Takshshila Arcade. Initial investigations suggest that the blaze was triggered by a short circuit in the building. Several students were attending classes at an illegally run coaching institute at the time, which ran Maths and Fashion Designing classes for 11th and 12th standard students. The fire began downstairs due and soon spread up. The coaching centre was run on the top floor of the building and a wooden staircase served as the only entry and exit route. The blaze soon engulfed the wooden staircase, blocking the escape points. The building also had a tyre shop, which further fuelled the blaze.

Horrific videos show children trying to jump off the fourth floor in an attempt to escape the fire, some of whom fell to their deaths. Many others, trapped in the building, died due to burn injuries and asphyxiation. Most of those who died were in the age group of 14 to 17 years. Sixteen other injured students have been admitted to the hospital and are under observation. Majority of students were charred to death in the fire while three died after jumping off from the third and fourth floor of the building to escape the fire, said police.

Among the dead, 21 are teenagers including at least 16 girls. The youngest deceased is 15 years old and the eldest just 22, said police. Another child aged around three to four-year-old received burn injuries in the incident and is currently hospitalised, said Surat police spokesperson P L Chaudhari.

Three of the deceased, Yashi Kevadiya, Mansi Varsani and Hasti Surani, cleared their Class XII Gujarat board exams, results of which were declared Saturday.