The newly-laid ceiling on the top floor of the building had crashed, triggering the collapse of the entire structure, said authorities. 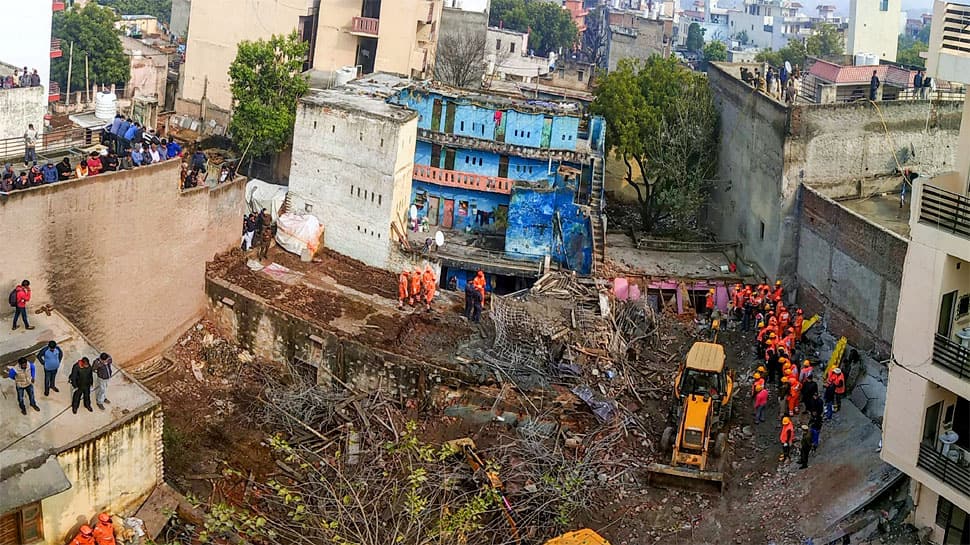 GURUGRAM: Seven bodies were pulled out from the debris of the under-construction four-storey building in Gurugram which collapsed on Thursday morning.

The incident took place at Gurugram's Ullawas village at 5 am.

Rescue operations were finally called off on Friday morning, nearly 24 hours after the incident.

Three of the dead have been identified as Kuldeep (32), Vishal (17), Altaf (24), all hailing from Uttar Pradesh`s Ambedkar Nagar district, and Anand (22) who hailed from Samastipur in Bihar.

Gurugram SDM Sanjeev Single had earlier said, “Building was unstable and was being built without any technical expertise. Almost 150 people are carrying out rescue ops.”

According to an official, the newly-laid ceiling on the top floor of the building had crashed, triggering the collapse of the entire structure.

The Gurgaon Fire Department control room received a call at 5.15 am alerting them about the collapse.

"Those killed were on the second and the third floor, the building's ground and first floor were vacant," said the NDRF official, involved in the rescue operation.

"NDRF responders removed rubble and cleared obstructive materials using high-tech equipment to reach the victims. Thereafter, a vertical approach was made with the help of specialised gear," the spokesperson added.