Ahead of verdict against Gurmeet Ram Rahim in journalist murder case, Haryana on high alert

Security in Sirsa, Panchkula and neighbouring regions were ramped up a day ahead of Special CBI court's verdict against Dera Sacha Sauda chief Gurmeet Ram Rahim Singh in the journalist murder case on Friday, January 11. 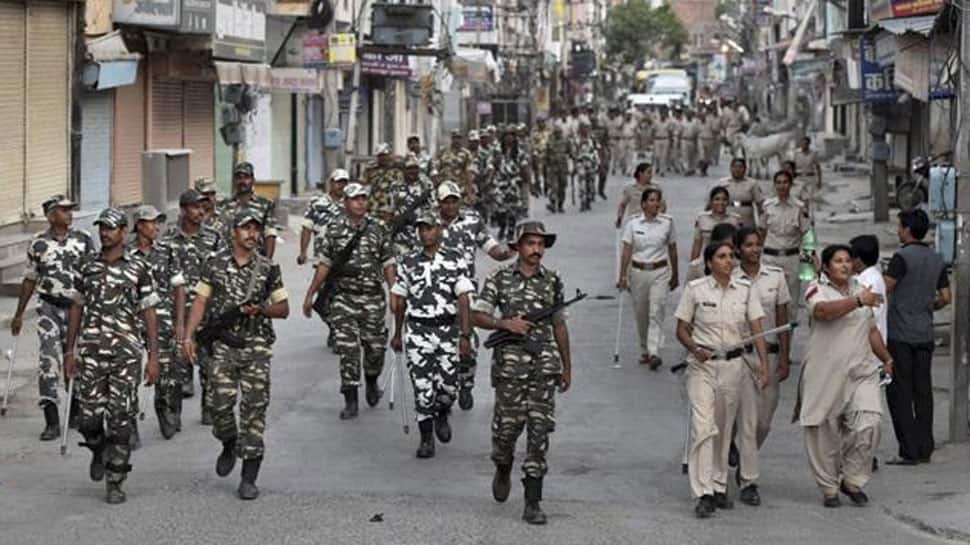 SIRSA: Security in Sirsa, Panchkula and neighbouring regions were ramped up a day ahead of Special CBI court's verdict against Dera Sacha Sauda chief Gurmeet Ram Rahim Singh in the journalist murder case on Friday, January 11.

The 51-year-old self-styled godman, currently serving a 20-year prison term in Rohtak's Sunaria jail for raping two of his women followers, will appear via video conferencing for the hearing in journalist Ramchandra Chhatrapati's murder case. He has been named as the main conspirator in the case dating back to 2002.

The court also directed all other accused persons — Nirmal Singh, Kuldeep Singh and Krishan Lal – who are currently out on bail, to be present in the court.

“Security has been enhanced in Haryana,” said Haryana ADGP (Law and Order) Muhammad Akil to news agency PTI. Directions have been issued to police in all the districts not to allow any unnecessary gathering and maintain extra vigil, said police official adding that police nakas have also been laid at several places. An additional police force has also been deployed near the headquarters of Dera Sacha Sauda in Sirsa in Haryana, police said.

A day before, the police carried out a flag march in Sirsa, where the Dera Sacha Sauda's the headquarters is located.

Dera followers had indulged in large-scale violence in Panchkula and Sirsa after the CBI court on August 25 convicted the sect chief Gurmeet Ram Rahim Singh of rape.