The breakthrough DNA test will enable a doctor to correctly prescribe the most effective drug to a TB patient without a time-consuming trial and error process. 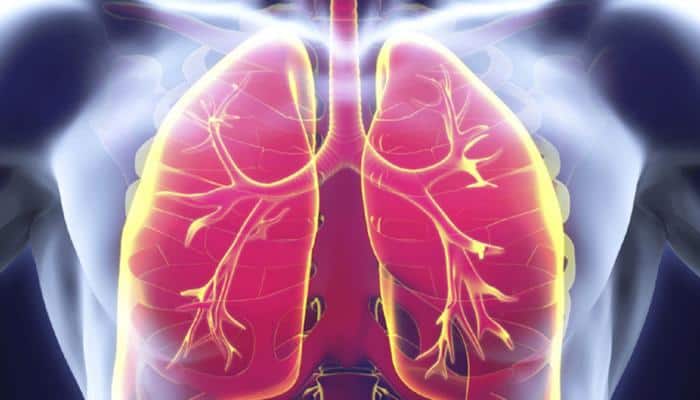 "The breakthrough DNA test will enable a doctor to correctly prescribe the most effective drug to a TB patient without a time-consuming trial and error process," said the city-based clinical data-driven Labs.

"India has the largest number of MDR-TB cases. Our spit sequence can be a boon for TB patients, clinicians and healthcare agencies to achieve the sustainable development goal of eliminating TB by 2025," Labs Chief Operating Officer V.L. Ramprasad told reporters here.

The central Health and Family Welfare ministry has estimated around 21 lakh people being affected by the dreaded infectious disease across the country in 2018.

"The test is based on the whole genome sequencing of mycobacterium tuberculosis (MTB), the TB causing bacteria, to assess the mutations in bacteria's genome and allows a clinician to determine which drug will work for a patient," he said.

There are 14 types of drugs for treating TB bacteria of various hues if detected early.

"Of the 100 samples, 50 were tested in our hospital. The findings in the manuscript are under review for publication," Rodrigues said on the occasion through video-conference from Mumbai.

A noting that the process of analyzing the drug resistance was long, which is delaying early treatment for MDR-TB patient, Rodrigues said the current expertise allowed testing resistance only on 4 drugs, which makes the patient wait until testing on all possible drugs concluded.

"Direct whole genome sequencing reveals information on drug resistance mutations for all anti-TB drugs in 10 days. Our testing will help to optimise the management of an MDR-TB patient", she added.

According to the World Health Organisation (WHO) report, there were 27 lakh TB cases (incidence + relapse) in 2017 and India accounted for 27 per cent of global TB deaths.

Second appalling insight is globally, 3.5 per cent of the new TB cases and 18 per cent of previously treated patients suffered from relapse due to the immunity developed by TB bacteria.

"The conventional tests available in the country equip us to identify resistance in a limited fashion. Mtb (Mycobacterium tuberculosis) is slow-growing, taking 6-8 weeks for culture growth, thereby delaying not only TB diagnosis, but also the drug resistance testing," said the Labs in a statement.

Spit sequence is a culture-free method to identify Mtb and predict drug resistance in 10 days.

"Spit sequence is a breakthrough that can help millions. The test brings accurate results and saves time for early treatment," added Ramprasad.

With the flagship test for tuberculosis, Labs will collaborate with XCyton Diagnostics in this tech hub to conduct various genetic tests for eye, brain and blood infections.

MedGenome will be the sales partner for all XCyton tests in India.

"As infectious diseases remain a challenge, leading to significant healthcare expenditure, our partnership can act as a synergy in the country's quest against them," said XCyton Diagnostics Ltd founder-managing director B.V. Ravikumar.