The approach is based on the theory that slow eating and excessive physical exertion, both hallmarks of anorexia, are evolutionarily conserved responses to the short food supply that can be triggered by dieting and reversed by practising normal eating. 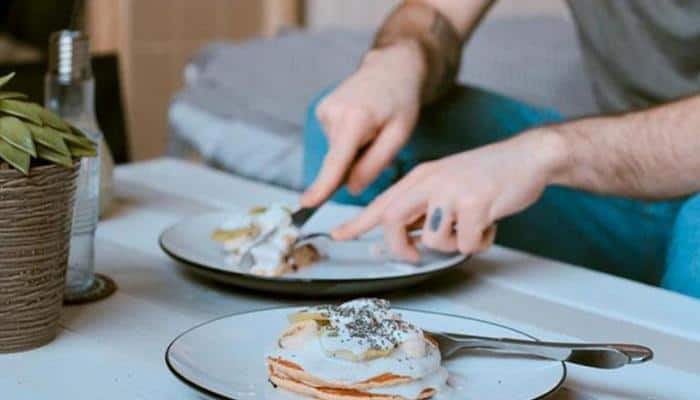 The approach is based on the theory that slow eating and excessive physical exertion, both hallmarks of anorexia, are evolutionarily conserved responses to the short food supply that can be triggered by dieting and reversed by practising normal eating.

Researchers from Karolinska Institute in Sweden suggest that eating disorders should not be considered as mental disorders.

"Anorexic patients can normalise their eating rate by adjusting food intake to feedback from a smartphone app," said Per Sodersten, lead author of the research in the journal Frontiers in Neuroscience. "And in contrast to failing standard treatments, most regain a normal body weight, their health improves, and few relapses," said Sodersten.

The rate of remission from eating disorders is at most 25 per cent one year after CBT, with unknown outcomes in the long-term. Psychoactive drugs have proven even less effective.

According to Sodersten, we need to flip the perspective: to target eating behaviours that maintain dysfunctional cognitive processes.

"In striking similarity to human anorexics, rats and mice given food only once a day begin to increase their running activity and decrease their food intake further to the point at which they lose a great deal of body weight and can eventually die," said Sodersten.

More recently, the theory has been elaborated and validated by studies of brain function.

"We find that chemical signalling in the starved brain supports the search for food, rather than eating itself," said Sodersten.

To prove that the evolutionary perspective works in practice, the control of eating behaviour is outsourced to a machine that provides feedback on how quickly to eat.

"Subjects eat food from a plate that sits on a scale connected to their smartphone. The scale records the weight loss of the plate during the meal, and via an app creates a curve of food intake, meal duration and rate of eating," said Sodersten.

"At regular intervals, a rating scale appears on the screen and the subject is asked to rate their feeling of fullness," he said.

Through this feedback, patients learn to visualise what normal portions of food look like and how to eat at a normal rate. The method has now been used to treat over 1,500 patients to remission by practising eating.

"The rate of remission is 75 per cent in on average one year of treatment, the rate of relapse is 10 per cent over five years of follow-up and no patient has died," Sodersten said.