Hollywood actor Andrew Garfield, who will be seen playing the real-life polio patient Robin Cavendish in Breathe, is proud to play the role and for getting the chance to understand the man. 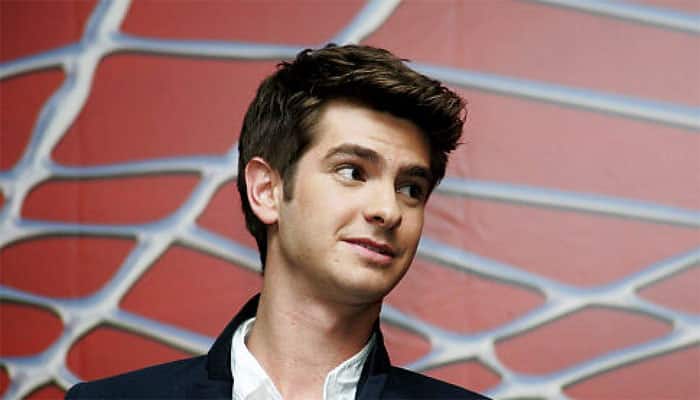 Washington DC: Hollywood actor Andrew Garfield, who will be seen playing the real-life polio patient Robin Cavendish in Breathe, is proud to play the role and for getting the chance to understand the man.

While speaking in an interview, the Academy Award-nominated actor shared that Robin`s "way of laughing at the universe" inspired him the most, according to Contactmusic.The actor said,

"I`m an able-bodied actor playing someone who is disabled. It was wonderful, incredibly inspiring. I got to learn a lot about myself and my privilege and the things that I take for granted. The fact that I have a body and I can move it. That`s one of the main things I took away from the film."

"I thought, here's a man I can learn from because I haven`t faced the kind of adversity he`s faced, and yet he had this unquenchable spirit and longing to live. And I found that incredibly uplifting and inspiring," he added.The `Hacksaw Ridge` star also noted that he takes his roles seriously, and has passionate views that he hates to discuss in the press."I can talk to a bunch of people who think I shouldn`t play Robin or Prior [his gay character in Angels in America]. I would like to sit in a room and have a deep talk about disabled and LGBTQ representation in the arts. It`s a conversation I want eye to eye! I don`t want it in public. It`s not constructive. Let`s get in a room and talk about it," he said.

Helmed by Andy Serkis, Breathe tells the story of Robin Cavendish, who was paralyzed by polio at the age of 28, is confined to a bed and given only months to live.With the help of his family and inventor Teddy Hall, Cavendish devotes the rest of his life to help fellow patients and the disabled.The film also stars Claire Foy in a pivotal role.

Amitabh Bachchan shakes a leg at 75, choreographed by Prabhudeva