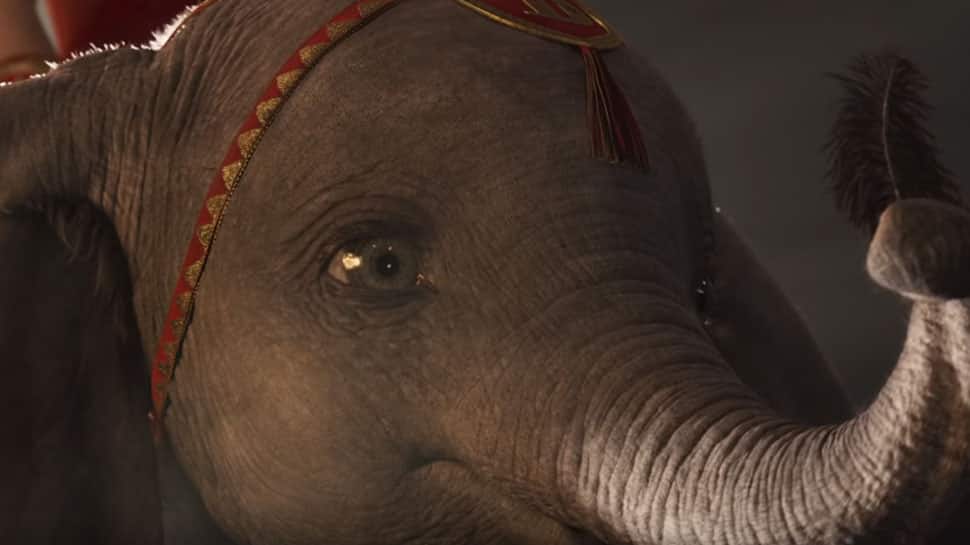 Director Tim Burton`s "Dumbo" is a live-action film inspired from Disney`s 1941 animated classic of the same name. This fantasy adventure film, with all the trappings of a typical Disney fare, is the story of a baby elephant, who uses his extra-large ears to fly.

Set in 1920s, in the exploitative, bullying world of the early circuses, Dumbo is born in captivity, in a circus belonging to Max Medici (Danny DeVito).

The circus business is not doing too-well. With failing audience, Max is always in a crabby mood. Meanwhile, Colt (Colin Farrell) his once star equestrian, now returned from World War I with an amputated arm, is trying to re-adjust himself in the circus.

Max puts Colt in charge of his star elephant, Jumbo, who is now pregnant and about to give birth.

After the birth of the calf, Max is disappointed as the baby elephant seems to be a misfit. With large ears and slow on the uptake, the calf appears `Dumb`. Inadvertently with an accidental jumble of characters, it is termed `Dumbo`.

With his circus business failing, Max splits up the pachyderm mother and son, in order to balance his costs.

While Colt is assigned to watch over the elephants, his estranged children Milly and Joe are much more thrilled than he is about it. It is no surprise that the children develop a more meaningful bond with Dumbo, after they realise that he can fly. How they reunite the baby elephant with its mother, forms the crux of the narrative.

While the story is based on the original novel by Helen Aberson and Harold Pearl, the screenplay of the is film by Ehren Kruger has all the trappings of modern Disney films; A hero who is nearly an orphan, a villain who schemes against him, two little characters who do a double act, trusted sidekicks and advisers and a sexy dame who lands up in the hero`s arms almost effortlessly.

In this case, we have Eva Green as the French, trapeze artist Colette, who tries to bond and learns to fly Dumbo. It is interesting to see her cross Vandevere (Michael Keaton), the owner of Dreamland where Dumbo and the rest of the Medici troupe are held hostage.

Dumbo himself is brought to life with obsessive detailed CGI that goes a long way into making his every action and facial expression adorable. His large pooled eyes and flapping fan-like-ears make him very adorable.

Being a Disney film, we know nothing bad is going to happen to him, but it`s still easy to become nervous whenever he is placed in perilous situations because of some ignorant people who insist on making his life miserable.

Overall, while adults will find this film tolerable, the kids are sure to lap it up with full gusto.