Jonas Brothers released a new track 'Sucker' which went on to top the charts after their comeback in February. 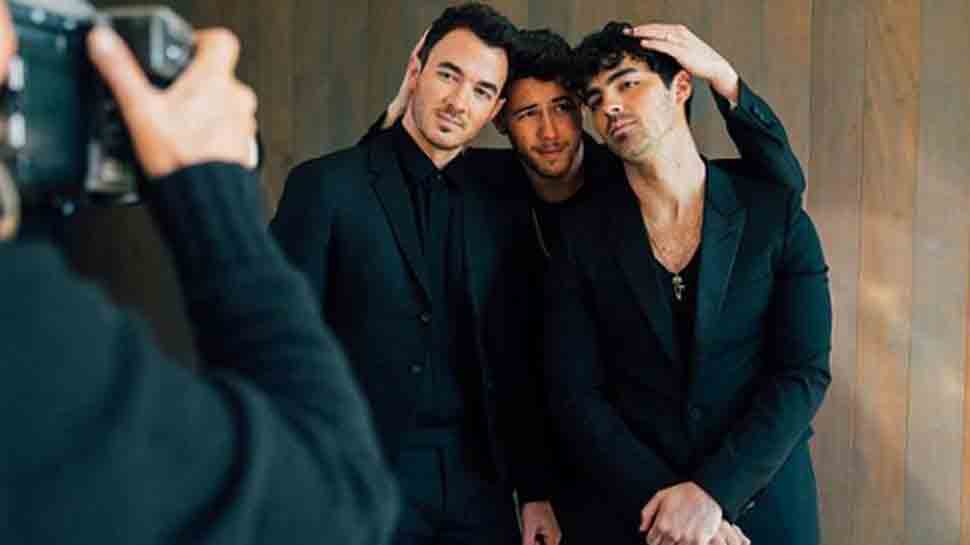 New Delhi: Jonas Brothers are all set to surprise fans with the release of a memoir together titled 'Blood'.

'Blood' is all about the brothers' journey, starting from their formation, rise to glory, their split in 2013 and then their comeback as a music group in 2019.

Jonas Brothers shared the memoir`s blurry cover on Twitter and said, "For those of you who have been with us since the beginning... #BLOOD is our family's story and we can't wait to share it with you.

"According to People, while talking about the memoir which will hit stores on Nov 12, Joe Jonas said in a statement that, "We're three brothers from New Jersey, and we were not supposed to be successful. From record labels dropping us to our dad losing his job over us, this shouldn't have happened or lasted as long as it did. Yet here we are, more excited than ever, and we're so grateful and ready to tell the full story of the journey we've had as individuals, as artists, and as family."

Jonas Brothers released a new track 'Sucker' which went on to top the charts after their comeback in February. They are coming up with another album titled 'Happiness Begins' in June and are also kick-starting a tour on August 4.

Secret Life of Pets to release on June 14 in India