Jumanji: The Next Level

Jumanji: The Next Level teases chaotic ride to jungle

The trailer of Jumanji: The Next Level opens with Spencer (played by Alex Wolff) trying to fix the game and accidentally returning to Jumanji. His friends then head to the jungle to save him, and it leads them onto a path of adventure. 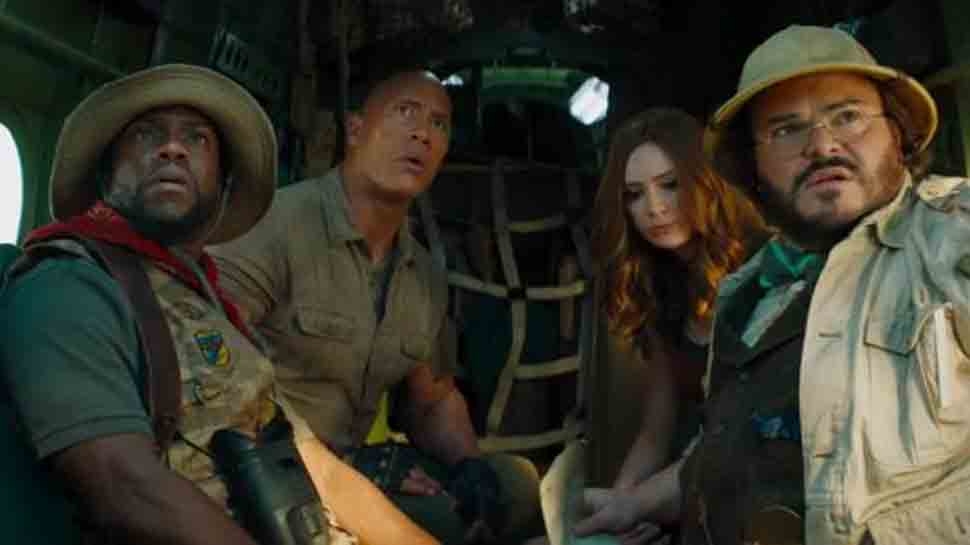 Los Angeles: 'Jumanji: The Next Level' will take actors Dwayne Johnson, Kevin Hart, Karen Gillan and Jack Black back into the jungle for yet another adventurous and chaotic ride. The trailer of the film gives a glimpse of the next level of the game.

The sequel picks up where 2017's 'Jumanji: Welcome to the Jungle' left off. But there is one difference.

The twist is that the grandfathers (played by Danny DeVito and Danny Glover) of two original players get transported into the game as Johnson and Hart`s avatars.

According to the film`s synopsis, in 'Jumanji: The Next Level' the gang is back but the game has changed.

As they return to Jumanji to rescue one of their own, they discover that nothing is as they expect. The players will have to brave parts unknown and unexplored, from the arid deserts to the snowy mountains, in order to escape the world`s most dangerous game.

The trailer opens with Spencer (played by Alex Wolff) trying to fix the game and accidentally returning to Jumanji. His friends then head to the jungle to save him, and it leads them onto a path of adventure.

The witty dialogues and punches make the trailer fun.

'Jumanji: The Next Level' has been directed by Jake Kasdan. Besides DeVito and Glover, rapper-actress Awkwafina has also joined the cast. The film also stars Nick Jonas, Madison Iseman and Morgan Turner.

The world of Chris Van Allsburg's book 'Jumanji', narrating the story of a young boy Alan Parrish getting trapped in a board game, found its way to the silver screen in 1995. Robin Williams was its main lead.

The story was back on the big screen in 2017 with a modern twist. In 'Jumanji: Welcome to the Jungle', a group of high school students get lost in the jungle after laying their hands on a video game console featuring a version of the game Jumanji.

Dev D actress reveals she has a 3-year-old daughter, opens up on marriage plans