Kevin Smith opens up about reuniting with Ben Affleck after fallout 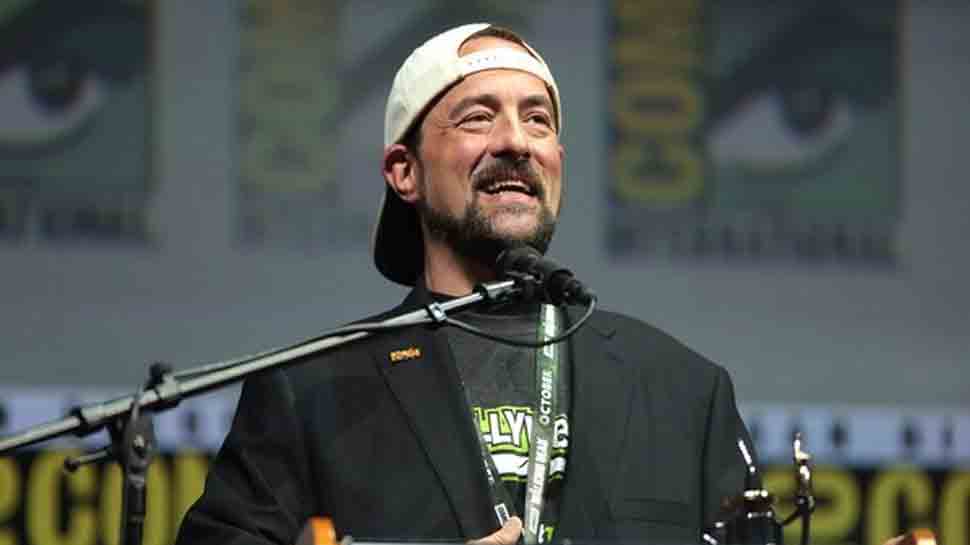 Washington D.C.: After not speaking to each other for almost a decade, actor Ben Affleck and director Kevin Smith reunited.

While at San Diego Comic-Con this week, the 48-year-old filmmaker shared a happy selfie with Affleck on Instagram and explained in a lengthy post how the old friends reconciled after years of estrangement.

Smith wrote that Affleck reprises his role as Holden from 'Chasing Amy' in the upcoming film but the scene that the filmmaker now calls 'magical and life-affirming' almost didn`t happen.

"When we started shooting the movie, the scene didn't exist. This scene - and more importantly, my reunion with a guy who I`ve missed terribly for nearly a decade -- only happened because of Kevin McCarthy," Smith revealed.

Smith explained, in his post, that while McCarthy was conducting a recent interview with Affleck, the journalist asked if the actor had been contacted for the 'Jay and Silent Bob Reboot'.

"Ben said no, but he was available," Smith wrote.Smith then said that he thought Affleck wasn`t being "serious" in the interview, but the filmmaker "finally" reached out to the actor after other people pushed him to. "I was scared to be rejected, but I texted him, 'To paraphrase the sad old King Osric in Conan the Barbarian? There comes a time when the jewels cease to sparkle, when the gold loses its luster, when the throne room becomes a prison, and all that is left is a director`s love for the people he used to make pretend with'," Smith said.

"And after a long beat of wondering how he'd receive this, my estranged friend wrote back as only he could, 'Of course you still liken yourself to a king,' he joked. And then `Would be a pleasure to see you again, Old Man`," he added.

"So naturally, weepy me -- who breaks down emotionally during comic book flicks -- was a blubbery mess. Not only did we score an amazing scene for the flick, but I also got my friend back -- all because of entertainment journalism," Smith wrote.Smith added, "It brought back a massive missing piece of my heart.

"In an interview with Entertainment Weekly earlier this week, Smith said, even though the 'Jay and Silent Bob Reboot' scene with Affleck 'didn't exist when we started, when you watch the movie you can't imagine that movie existing without it."

"Not only did I get that guy in my movie and the scene is fantastic - it`s honestly one of Ben`s finest moments of his career - he gave me my friend back, more importantly," Smith said.

"I haven't spoken to that dude in eight years. There was a piece of my heart that was missing ... To have that back was everything," he added.In March, Affleck spoke about working with Smith again in an interview with Collider, reported People.

"Your guess is as good as mine," Affleck said when asked if fans would see his character, Holden, in Smith's upcoming film. "I haven't been asked to make an appearance, but you never know, there's still time. We'll see. I think if it was up to me, I would rather do Holden than Shannon but I would defer to Kevin," he added.

In November, a Twitter user asked Smith about their relationship, writing, "Sometimes I wonder what really happened between Ben Affleck and Kevin Smith that made them not talk to each other," tagging both the stars.

Smith responded, "If I had to guess? It`s because one of us has a big mouth and told too many candid stories that sometimes weren`t his to tell, and the other one is Ben".

Affleck has starred in six films directed by Smith.