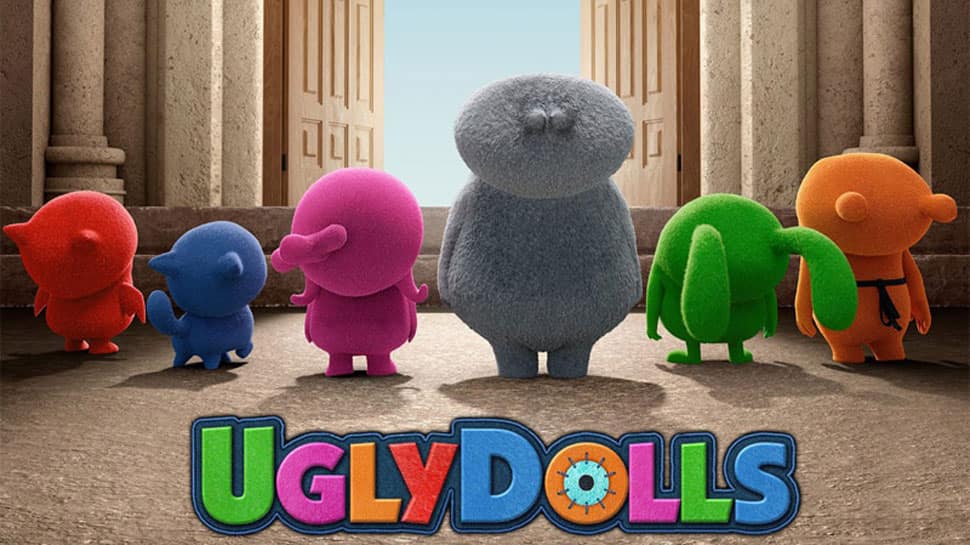 There is something naive, honest and adorable about this film, where rejected soft dolls learn to embrace their flaws and co-exist with the perfect ones.

"Ugly Dolls" is a pop-star-voiced, animated musical that tells us the story of a world where dolls are made in a factory and, "there is a doll for every child and every child has a doll".

In this factory, the imperfect dolls, termed as 'Ugly Dolls' are segregated and sent to Ugly Ville, which is where we find our heroine, the plucky and emotional Moxy (voiced by Kelly Clarkson), who despite being sad, sings cheerfully to her friends and neighbours that she believes there is a child waiting for her in the Big World.

But unfortunately, nobody from Ugly Ville has ever stepped out into the Big World. Restless as ever, Moxy gathers her friends, the soft but strong spoken Bobo (Gabriel Iglesias), Ugly Dog (Pitbull), cynical baker Wage (Wanda Sykes), "wise man" Lucky Bat (Wang Leehom) and tries to get to the other-side of the tunnel and into the "Big World".

That is how they land in the Institution of Perfection which is managed by a megalomaniac manager Lou (Nick Jonas), who ridicules them at every given opportunity. How Moxy and her friends undertake this transformative journey and come out victorious, forms the crux of the tale.

The songs in this musical, sung by big names like Kelly Clarkson, Nick Jonas, Janelle Monae and Blake Shelton are its selling point.

While Lou preaches, "Pretty makes perfect", and sings "You're U.G.L.Y. and that's the ugly truth" to the new arrivals, among other tunes. Janelle Monae as the "not-so-perfect" Mandy, who Moxy befriends sings a few treacly power ballads alongside.

The numbers, the longing song, the villain's obstacle song, the makeover song, the fulfilment finale, all seem cliched and run-of-the-mill. The cute cover, Hall & Oates' "You Make My Dreams Come True", is fine.

Visually, while every frame is packed with bright colours, the animation is a bit staid and not up to the mark. Humour is few and far in-between and you chuckle when, at the Uglies' lowest point, one of them displays a sign that reads, "Closed Due to Hopelessness".

Overall, the situations in the plot are rather bland, oft-seen in the past and uninspiring.

Children over the age of 10 would definitely find this film routine and dull.