Despite the brilliant performances, the film lacks seriousness and heft. The narrative, high on concept, is light-hearted and frothy. Richard Curtis` writing does not do justice either to the Beatles Music or to Jack`s journey. Despite its many flaws, the film is funny, enjoyable and hardly disappointing. 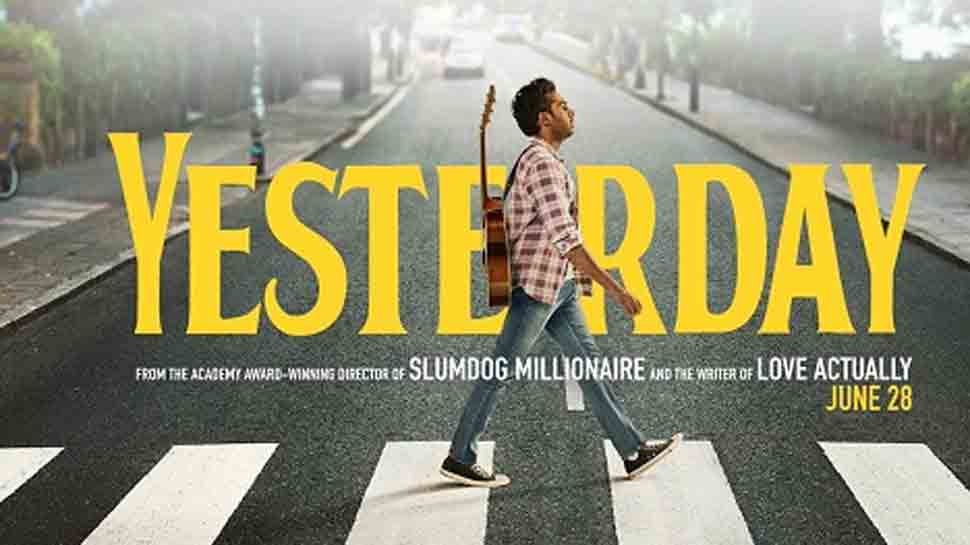 "The world is full of miracles!" That`s what I heard some character in the film say very early on in the narrative. And as one sits through the film, you ought to believe that statement or else, you`d find that the film is not worth its ticket price.

The premise is somewhat goofy as the story centres around Jack Malik, a wannabe singer in a small English Seaside town, who performs at dead-end gigs. Despite his adoring, best friend-cum-Manager Ellie (Lily James) having confidence in his work, he does not seem to rise to the occasion. After what seems like a lifetime of trials and failed pursuits of becoming a singer, Jack is on the verge of giving up his dreams to work full time at the local store.

But life seems to have other plans for him, when all of a sudden, after a freak global power outage followed by an accident, he wakes up to find that he has not only lost his two front teeth, but The Beatles, Coca Cola and cigarettes seem to have been erased from global memory. So except for him, no one else is aware of this.

So when he next sings the cover album of the Beatles, he gets applauded. Seizing this opportunity he pretends to have written the other classics of the influential band too. Fame follows and soon he gets swooped up by Ed Sheeran who plays himself. Seeing a spark in Jack, Ed`s Manager Debra (Kate McKinnon) picks him up as a "Product" and ensures that he achieves stardom.

But the film is not about Jack`s Stardom. It also not about, "loss and gain, prejudice and pride," but about love, that love triumphs everything. We realise this when the guilt of his massive literary fraud starts to eat away at him, while also hurting his relationship with Ellie, who is secretly in love with him.

Himesh Patel as the sweet and vulnerable Jack Malik and Lily James as Ellie are charming, charismatic and cute together, even if we do notice the numerous indications that they`re not right for each other.

Among the numerous supporting cast, Meera Sayal and Sanjeev Bhaskar as Jacks Parents have their moments of onscreen glory. Ed Sheeran is quite funny in an extended cameo as himself. And Kate Mckinnon as the greedy music industry executive has her moments of cartoonish scream. Joel Fry as Jack`s scattered inept mate has his moments of silliness, too.

Despite the brilliant performances, the film lacks seriousness and heft. The narrative, high on concept, is light-hearted and frothy. Richard Curtis` writing does not do justice either to the Beatles Music or to Jack`s journey.

The plot moves along at a brisk pace showing Jack`s struggle with his grasp on his new reality and the adjusted reality of the world he now exists in. Fame, Friends, Family and love all play their part.

Overall, despite its many flaws, the film is funny, enjoyable and hardly disappointing.