The delegation will be meeting up with security officials, civil society members, local media, political leaders in J&K. 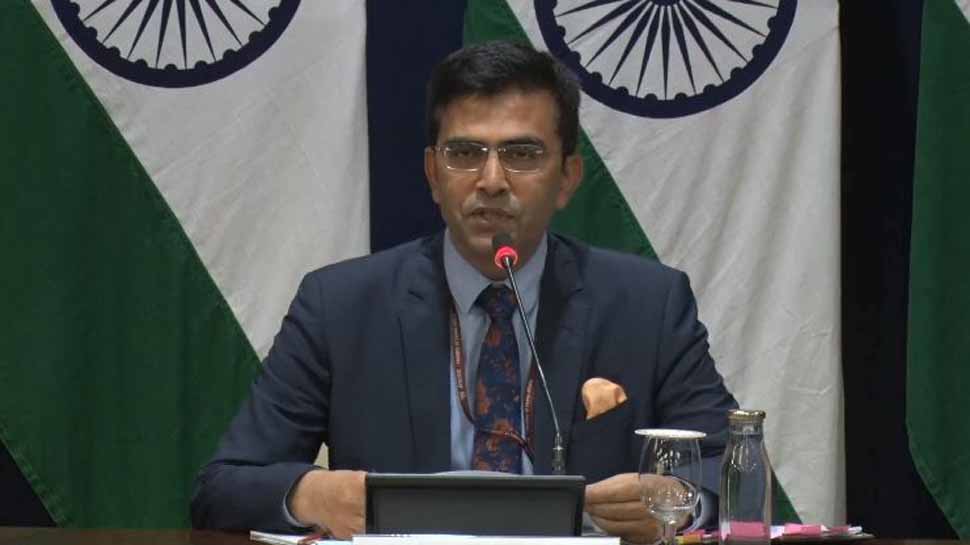 Raveesh Kumar claimed that the EU diplomats had refused to be part of of the delegation because they thought it was a guided tour. "We wanted this group to be of manageable size and make it broad-based representing different geographical regions. When we approached them they welcomed the decision. The invitation wasn't sent to all members because it would have made the delegation too big."

He stated that the delegation had the first meeting with security officials to get a sense of security situation in J&K, and also threat posed by terrorism in maintaining peace. “Objective of the visit was the envoys to see first-hand the efforts which have been made by the Central government to normalise the situation there,” he said.

MEA spokesperson Raveesh Kumar said that the two-day visit of the envoy members has been facilitated by the Central government and that they will be meeting up with security officials, civil society members, local media, political leaders in J&K.  “Envoys from US, South Korea, Vietnam, Bangladesh, Maldives, Morocco, Fiji, Norway, Philippines, Argentina, Peru, Niger, Nigeria, Togo, & Guyana are undertaking the visit to the Valley,” he said.

Kumar said, "A lot of people had requested for scheduling visits to J&K. This program has been chalked up after taking security inputs from local agencies and with the consent of the administration. They will be reviewing the situation in the Valley since the revocation of Article 370."

Further visits to J&K will be subsequently scheduled as the situation normalises. "This is a beginning, with progressive normalisation, more interaction will be held," Kumar said.

This is the first visit since the abrogation of Article 370 on August 5 last year.

In October 2019, a delegation of 23 EU MPs were taken on a two-day visit to assess the situation in J&K by a Delhi-based think tank.

India gets world's highest railway bridge on Chenab, to connect J&K with rest of the country