Wreckage of AN-32 was spotted north of Lipo in Arunachal Pradesh in a heavily forested mountainous terrain. 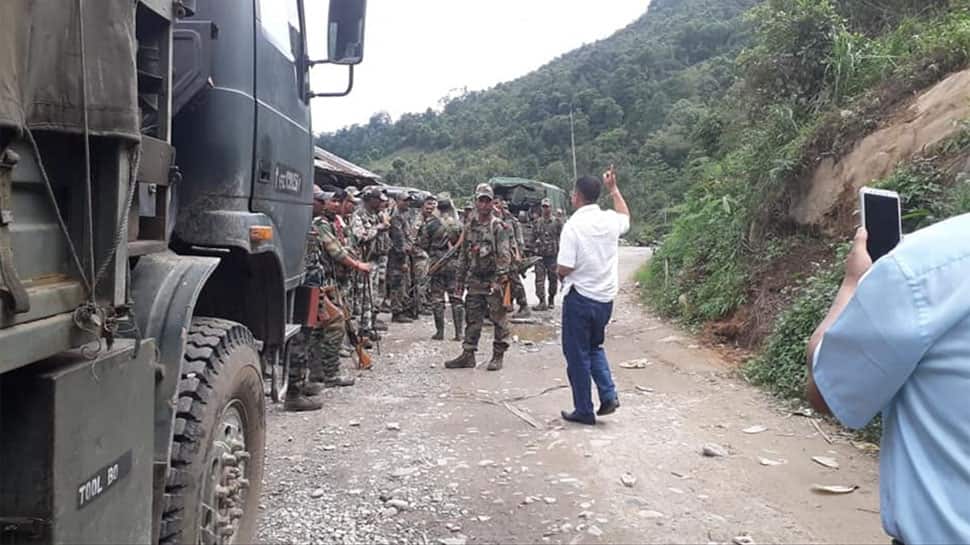 Fifteen mountaineers have joined the rescue operation of Indian Air Force aircraft AN-32 Wednesday in search of possible survivors. The aircraft wreckage was discovered near Lipo in Arunachal Pradesh a day before. The mountaineers have been inducted by Mi-17s and Advanced Light Helicopter (ALH), with all necessary equipment.

Earlier on Wednesday, the IAF successfully air dropped nine personnel near the AN 32 crash site. The personnel were dropped by two helicopters and the teams are moving towards the location to search for wreckage and possible survivors of the crash. Nine-member team includes four Army personnel and two civilian mountaineers.

Some of the mountaineers have already reached the crash site while some are still tracking the location.

Indian Air Force AN-32 aircraft with 13 people on board – eight officers and five passengers took off from the Jorhat air base around 12:25 pm on June 3. The plane was headed for Mechuka advanced landing ground in Arunachal Pradesh closer to the Chinese border. However, the aircraft lost contact with the radar and ground staff and never reached the Mechuka air base at its scheduled landing time at 1 pm.

Search and rescue (SAR) operation was immediately initiated. After intense operations, the wreckage of the aircraft was finally spotted north of Lipo in Arunachal Pradesh in a heavily forested mountainous terrain on Tuesday.

Confirming the development, the IAF said tweeted: "The wreckage of the missing An32 was spotted today 16 Kms North of Lipo, North East of Tato at an approximate elevation of 12000 ft by the #IAF Mi-17 Helicopter undertaking search in the expanded search zone."