Meanwhile, a cordon and search operation has been launched in the area to trace other terrorists. 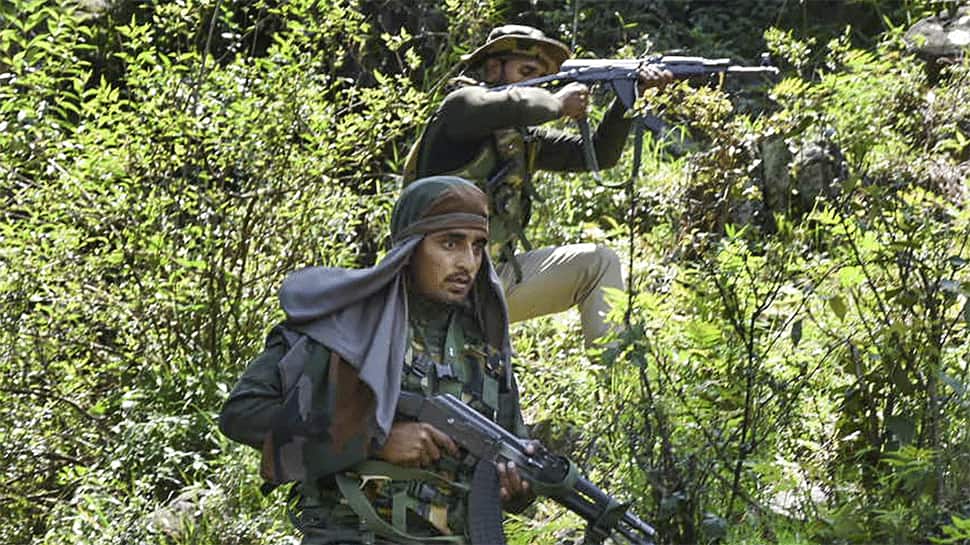 Srinagar: Continuing with a spate of encounters that have taken place in the Valley in recent days, security forces on Saturday (June 13) killed at least two terrorists in Kulgam district of Jammu and Kashmir.

"Two unidentified terrorists killed. Search going on. Further details shall follow," the Kashmir Zone Police said in a tweet today, having earlier tweeted that an encounter had started in Nipora area of Kulgam, adding that police and security forces were on the job.

A joint team of the Jammu and Kashmir Police, 19 Rashtriya Rifles of the Army and the Central Reserve Police (CRPF) launched a cordon and search operation on receiving inputs about the possible presence of terrorists in Nipora area of Kulgam district on Friday night. As they approached the site, they were fired upon by the hiding terrorists. The security forces fired back, thus triggering an encounter.

An official said that terrorists were asked to surrender before forces, but they fired bullets.

It’s the fourth encounter in south Kashmir this week. Earlier 14 terrorists including a top Hizbul commander, were killed in three separate encounters in Shopian district. In last one week, security forces have killed 16 terrorists, taking the toll to 95 in this year.