36 Union ministers to visit Jammu and Kashmir, six months after scrapping of Article 370

The Union ministers will also inform people about the steps taken by Prime Minister Narendra Modi-led government at the Centre for the welfare of the people of region after the scrapping of Article 370. 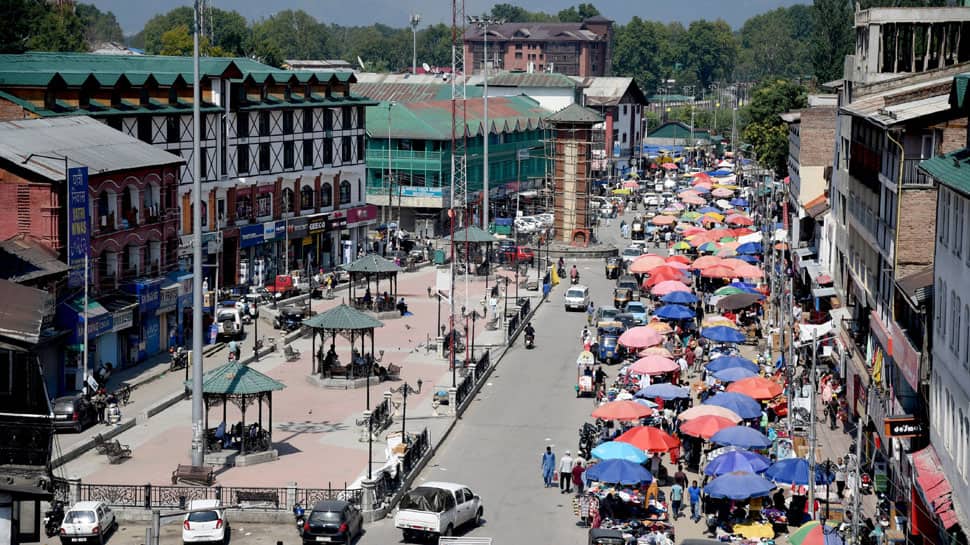 A group of 36 Union ministers are scheduled to visit Jammu and Kashmir later this week  in order to make people aware of the “positive impact” of Centre's decision to abrogate Article 370 on August 5, 2019. The Union ministers will also inform people about the steps taken by Prime Minister Narendra Modi-led government at the Centre for the welfare of the people of region after the scrapping of Article 370.

Sources said that the date for the visit of Union ministers would be finalised at a meeting of the Union Council of Ministers on January 17. It is learnt that Railways Minister Piyush Goyal may visit Jammu and Kashmir on January 19.

Anurag Thakur, Giriraj Singh, Prahlad Joshi, Ramesh Pokhriyal Nishank, Renuka Singh, Jitendra Singh and Kiren Rijiju are among the other ministers who will visit different districts during their visit to Jammu and Kashmir.

Meanwhile, intelligence agencies on Wednesday (January 15) warned that easing of restrictions will lead to a surge in anti-India activities in the Valley. Inputs gathered by the intelligence Agency, accessed by Zee Media, suggest that restoration of internet services and easing of other curbs will lead to separatist activities in Kashmir Valley. Agencies also warned that Pakistan's ISI is planning a strategy to exploit the situation once internet services are fully operational in the Valley.

In another development, the Jammu and Kashmir government on Tuesday said that it will restore 2G mobile connectivity in five districts of the Jammu region from Wednesday. The J&K Administration announced that while internet services will be restored in some parts of Jammu, broadband facilities will be provided to "all the institutions dealing with essential services" as well as hospitals, banks and hotels among others.