5 killed as trailer runs over bike in Rajasthan's Alwar

In a tragic accident, as many as five people were killed on the spot after a trailer ran over them in Lobia's Tibara in Rajasthan's Alwar on Sunday. 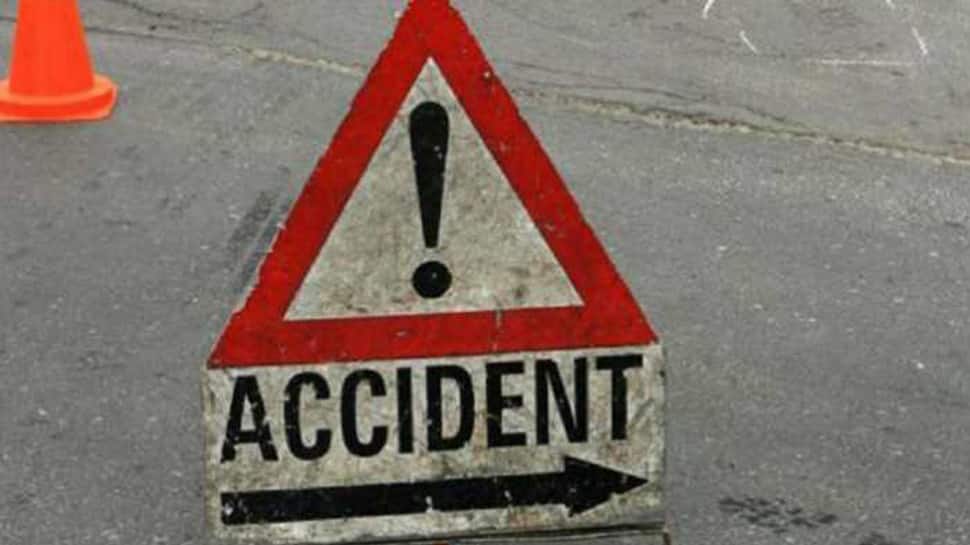 Alwar: In a tragic accident, as many as five people were killed on the spot after a trailer ran over them in Lobia's Tibara in Rajasthan's Alwar on Sunday.

The incident took place near Alwar's Matsya Industrial Area, which gets heavy traffic at all times of the day.

As per reports, the victims were travelling on a bike when the trailer rammed into them. The police, which had arrived at the spot, discovered five dead bodies, which were taken to the hospital morgue.

The identification and post-mortem of the bodies have not been completed yet. Therefore, it is difficult to ascertain if all the five dead people were travelling on the bike or some of them were standing on the road and got crushed under the trailer.

The accident caused severe traffic jam which was eased by the police.

The trailer has been seized by the police and a search has been launched to nab the driver, who fled from the spot after the accident.