The candidates who missed the exams after testing positive for COVID-19 will get another opportunity to sit for the test, the date for which will be announced later. 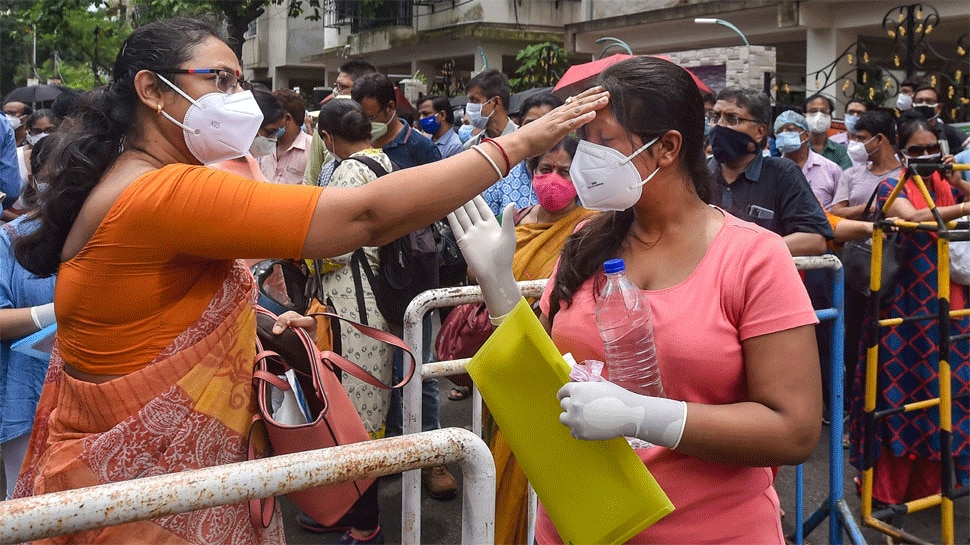 The NEET exam were held amid strict precautions in view of the COVID-19 pandemic. The exam, which was earlier postponed twice, began at 2 pm on Sunday, but entry to centres started at 11 am. Students were allotted different slots for staggered movement to ensure social distancing, said PTI report.

The candidates who missed the exams after testing positive for COVID-19 will get another opportunity to sit for the test, the date for which will be announced later.

Union Education Minister Ramesh Pokhriyal 'Nishank' wished luck to the candidates appearing for the exam and assured that arrangements were in place for their safety. "NTA informed me that around 85-90 per cent students appeared in NEET exam. I sincerely thank all chief ministers and NTA for proper arrangements made to facilitate student participation. NEET participation reflects the tenacity and grit of young," he tweeted.

From this year the admissions to MBBS course in the 13 All India Institute of Medical Sciences (AIIMS), Jawaharlal Institute of Postgraduate Medical Education and Research (JIPMER), Puducherry will also be made through NEET following the amendment in National Medical Commission Act, 2019 passed by Parliament last year.

Congress leader Rahul Gandhi, who has been demanding the exam be postponed following a spike in coronavirus cases, wished students while expressing his sympathies with those who could not take it due to the COVID-19 pandemic and floods.

"My best wishes to the students appearing for NEET exam and my sympathies to those who couldn't take it due to the Covid pandemic and floods. Wish Modi ji was as concerned about JEE-NEET aspirants and students as he is about his crony capitalist friends," he said on Twitter.

The test was offered in 11 languages - English, Hindi, Assamese, Bengali, Gujarati, Kannada, Marathi, Odia, Tamil, Telugu and Urdu this year. Based on the initial report, more than 77 per cent aspirants took the test in English, around 12 per cent in Hindi and 11 per cent in other languages.

The National Testing Agency (NTA) has set in place strict standard operating procedures (SOPs) in view of the pandemic, including measures like reducing the number of candidates per room from the earlier 24 to 12.

The NTA had also increased the number of centres from 2,546 in 2019 to 3,862 this year to ensure crowd management and staggered entry and exit protocols. Unlike the engineering entrance (JEE), NEET-UG, the medical admission test, is a pen and paper exam and held once a year.