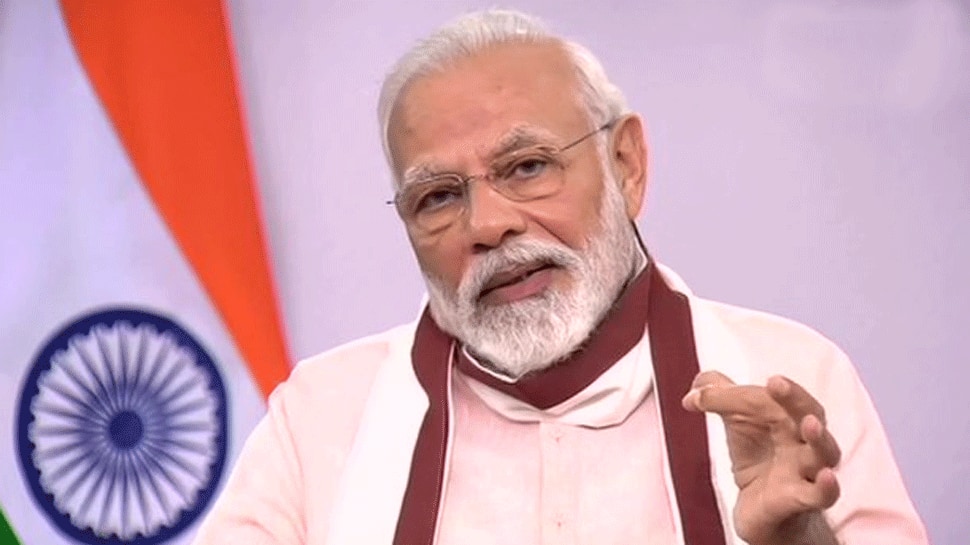 Addressing people through a video message on the occasion, the Prime Minister stated that Acharya Mahapragya has been called Swami Vivekanand of modern times. "Acharya Mahapragya ji used to say that if you leave me and mine then everything will be yours. His mantra, his philosophy was also clearly visible in his life," PM Modi stated.

The Prime Minister said that former PM Atal Bihari Vajpayee too was a follower of Acharya Mahapragya.

"Our Atal ji, who himself was a connoisseur of literature, used to often say, 'I am an admirer of Acharya Mahapragya's literature, the depth of his literature, his words and his knowledge'," PM Modi said.

The Prime Minister added that he feels fortunate to have worked with two great personalities — Acharya Mahapragya and APJ Abdul Kalam.

Acharya Shri Mahapragya was the tenth head of the Svetambar Terapanth order of Jainism. Mahapragya was a saint, yogi, spiritual leader, philosopher, author, orator, and poet.

Mahapragya played a major role in Anuvrat movement launched by his Guru Acharya Tulsi in 1949, and became the acknowledged leader of the movement in 1995. He formulated the well organized Preksha meditation system in the 1970s and developed the 'Science of Living' education system which is a practical approach for the balanced development of a student and his character building.

Mahapragya, an apostle of nonviolence, launched the Ahimsa Yatra movement in 2001 which continued until 2009 to promote non-violence and harmony.