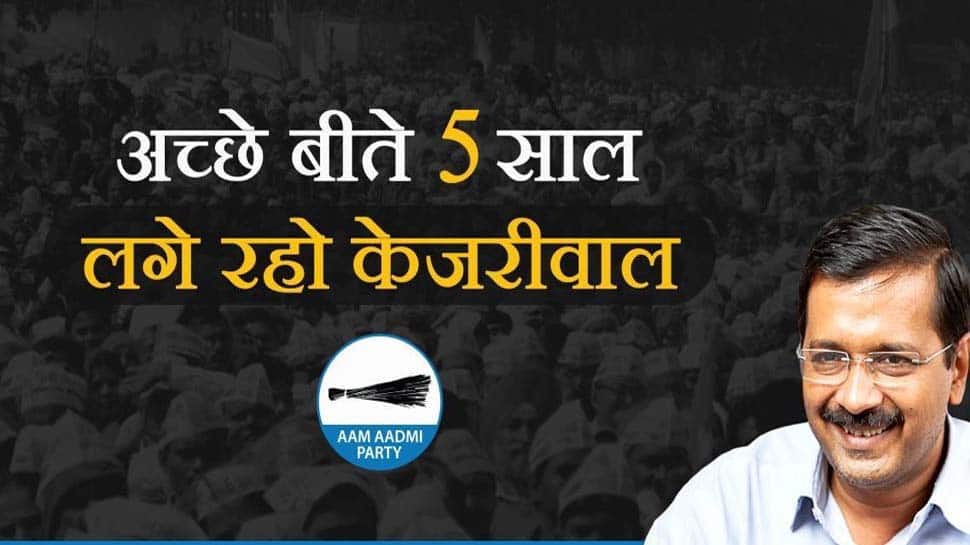 Sisodia claimed that the slogan was coined by the people of Delhi. He wrote, "Today we launch Aam Aadmi Party's campaign for 2020 elections for Delhi Assembly, a slogan people of Delhi have been shouting in every jansabha."

On Thursday, the Arvind Kejriwal-led government delivered on its election promise of free Wifi scheme by opening as many as 100 spots at ITO. A total of 11,000 WiFi hotspots are to be installed across Delhi. Giving details of the free WiFi scheme, Kejriwal said that every user will be given a free data limit of 15 GB data per month, with a data limit of 1.5 GB data per day.

"I am very happy to announce the initiation of free WiFi installation in Delhi... This is phase one. In phase two, we will give hotspots to the entire city," Kejriwal was quoted as saying by IANS.

The legislative assembly elections will be held in February 2020 for the 70 seats. The AAP had recorded a landslide victory by winning as many as 67 seats leaving the BJP with only three while the Congress drew a blank.

We are moving towards faceless tax administration, say PM Modi