Twitter CEO Jack Dorsey and other top executives of the company had declined to appear before the parliamentary panel citing "short notice" period. 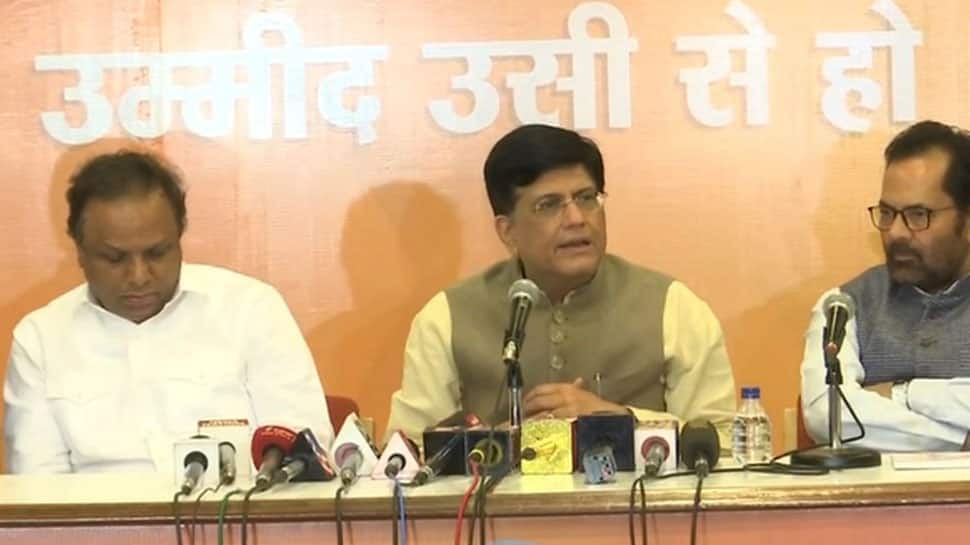 NEW DELHI: The government on Saturday hinted that action may be taken against micro-blogging platform Twitter after its CEO and other top officials refused to appear before a parliamentary committee that had summoned them next week over the issue of safeguarding citizens' rights on social media platforms.

''The Chairman of Rajya Sabha and Speaker of Lok Sabha will decide on what will be the action in such cases when somebody refuses to submit before the parliamentary committee,'' Finance Minister Piyush Goyal was quoted as saying by news agency ANI.

Goyal, however, added that ''the government doesn’t take decisions on such things.''

The remarks from the Finance Minister came after Twitter CEO Jack Dorsey and other top executives of the company declined to appear before the parliamentary panel citing "short notice" period.

Sources said Twitter has written a letter conveying their inability to appear before the committee because of the short notice.

The Twitter officials had been asked to appear before the panel on February 11 for alleged bias against "nationalist" accounts.

Twitter's letter was not well received by the panel members in what was perceived as "lack of seriousness".

In a separate development, the ruling BJP warned Twitter of repercussions after its officials declined to appear before the parliamentary panel

"In any country, no agency has the right to disrespect the institutions of that country. In this situation, if Twitter is disrespecting the established institution of Parliament, then there are repercussions," BJP New Delhi MP Meenakshi Lekhi told reporters.

The Parliamentary Committee on Information Technology, headed by BJP Member of Parliament Anurag Thakur, had issued summons to Twitter through a letter sent on February 1.

It had said that the head of the organisation has to appear before the panel and may be accompanied by another representative.

The parliamentary panel, which has 31 members, had also summoned representatives from Ministry of Electronics and Information Technology and, sources said, its meeting will go ahead as scheduled.

Faced with allegations of being politically biased in India, Twitter had on Friday issued a clarification in which it said that it believes in impartiality and does not take any actions, such as blocking of accounts, based on political views.

There has been a lot of discussion about Twitter and political partisanship in India in recent weeks and we would like to take a moment to set the record straight. https://t.co/EHl1xbRpMl

Twitter further stated that it was pro-actively working with political parties to verify candidates, elected officials and relevant party officials whose accounts will be active in public conversation.

We are Muslims by choice: Asaduddin Owaisi on Ramdev's 'Lord Ram ancestor of Muslims' comment