This is the first visit to Iran by any Indian minister since the killing of Islamic Revolutionary Guard Corps's Qasem Soleimani by Americans earlier this year. 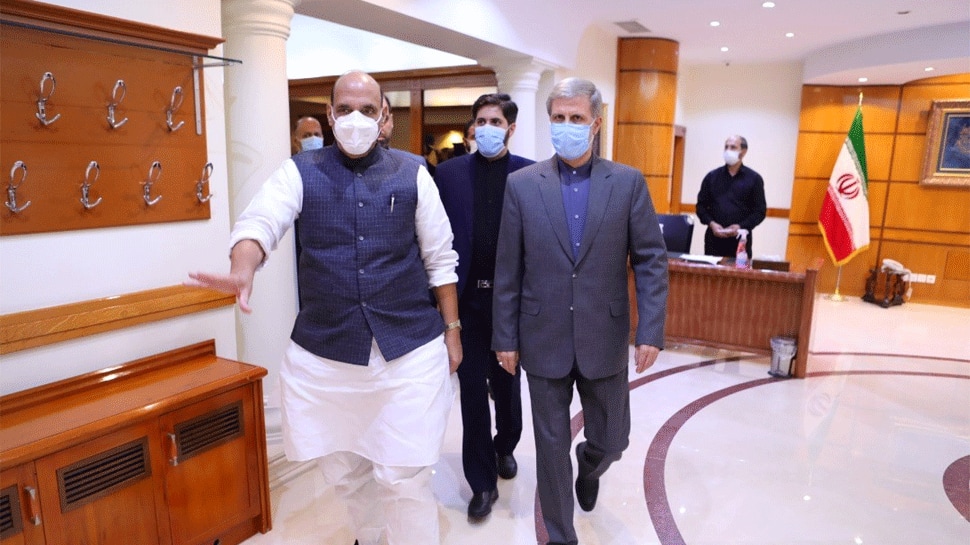 The meeting has been descibed as "cordial" with both the "leaders emphasized upon the age-old cultural, linguistic and civilizational ties between India and Iran", a statement from from Indian Defence minister's office said.

Statement said, "Both the Defence Ministers discussed ways to take forward bilateral cooperation and exchanged views on regional security issues, including peace and stability in Afghanistan."
Defence Minister Rajnath singh's bilateral meeting with Iran's Defence minister in Tehran was at the latter’s request. Rajnath Singh was on a transit halt in Tehran enroute from Moscow to New Delhi.

He was in Moscow for the Shanghai cooperation organisation defence ministers meeting. The eventful visit to Moscow saw a meeting between Indian and Chinese defence ministers amidst the Line of actual control or LAC row.

Iran is an observer country of the SCO grouping. The visit to Iran is significant in view of India's considering the country as part of its extended neighbourhood and also key to connectivity projects. The Chabahar port project where India has berths provides connectivity to Afghanistan and Central Asian countries.

This is the first visit to Iran by any Indian minister since the killing of Islamic Revolutionary Guard Corps's Qasem Soleimani by Americans earlier this year.