The incident happened late on Tuesday when the Bharatiya Janata Party (BJP) legislator was returning after inaugurating a sports tournament along with his `second wife` Priya Shinde-Todsam. 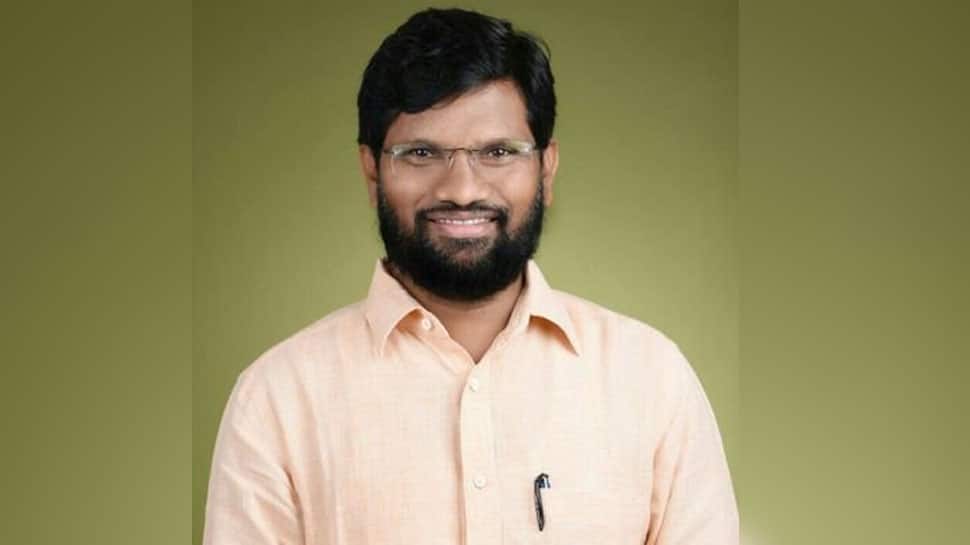 Yavatmal: A crowd thrashed Arni BJP MLA Raju Narayan Todsam and his `second wife` on the road, leading to calls that he should not be allowed to share the stage with Prime Minister Narendra Modi here in Maharashtra on Saturday.

The incident happened late on Tuesday when the Bharatiya Janata Party (BJP) legislator was returning after inaugurating a sports tournament along with his `second wife` Priya Shinde-Todsam.

Todsam`s wife Priya Shinde and party supporters were celebrating his 42nd birthday when the legislator`s first wife, Archana Todsam, and his mother rushed near their vehicle along with some supporters and accosted the `second wife`.

After a brief verbal slanging match, Archana and her mother-in-law started slapping, kicking and punching Priya as she screamed for mercy with folded hands.

When Todsam attempted to shield Priya Shinde, he was also attacked by his mother, first wife and irate members of the public who demanded justice for Archana, a tribal school teacher.

A video of the incident, shot by an onlooker, went viral, resulting in widespread condemnation of the BJP legislator and sympathy for Archana.

Despite repeated attempts by IANS, Todsam was not available for comments.

Taking a grim view of the development, farmers` leader and Vasantra Naik Sheti Swavalamban Samiti Chairman Kishore Tiwari said this was "a shameless behaviour on the part of the legislator to come out in public with his `second wife` violating decency norms.

"He must give justice to the first wife with whom he was married for eight years and their two minor children whom he has deserted for another woman. If he fails to comply within 48 hours, we shall appeal to the PM (Prime Minister) to resolve the issue on his Pandharkawada visit on Saturday," Tiwari told the media on Wednesday.

In a sharp reaction, Ankit Maitam, the BJP`s Tribal Wing chief for Vidarbha, said the incident had embarrassed the party, especially the women voters who are emotionally supporting the first wife Archana`s plea for justice.

"In case Todsam doesn`t concede, then the BJP should not allow him to share the dais with the PM and Chief Minister Devendra Fadnavis on Saturday here or give him a ticket for next elections as women and tribal voters feel alienated," Maitam said.

Shortly after the incident, police rushed there and managed to whisk away Todsam and Priya Shinde to safety after a mild caning of the enraged crowds. They admitted Priya, who suffered injuries on the face, to a hospital.

Confirming the public fracas, a Pandharkawada Police Station official, DS Tembhare, told IANS that both the women (Priya and Archana and her mother-in-law) later came to the police station and they mutually agreed to settle their row. So no formal complaint had been lodged.

However, Tiwari and Maitam besides other local activists have demanded that Todsam should be booked and arrested under the domestic violence laws, for deserting his first wife and two children and entering into wedlock with another woman without a proper settlement with the first wife.