The Air Marshal reviewed a ceremonial Guard of Honour and outlined his vision for the Western Air Command to be undertaken during his tenure and which will resound with the objectives of the IAF and the nation at large. 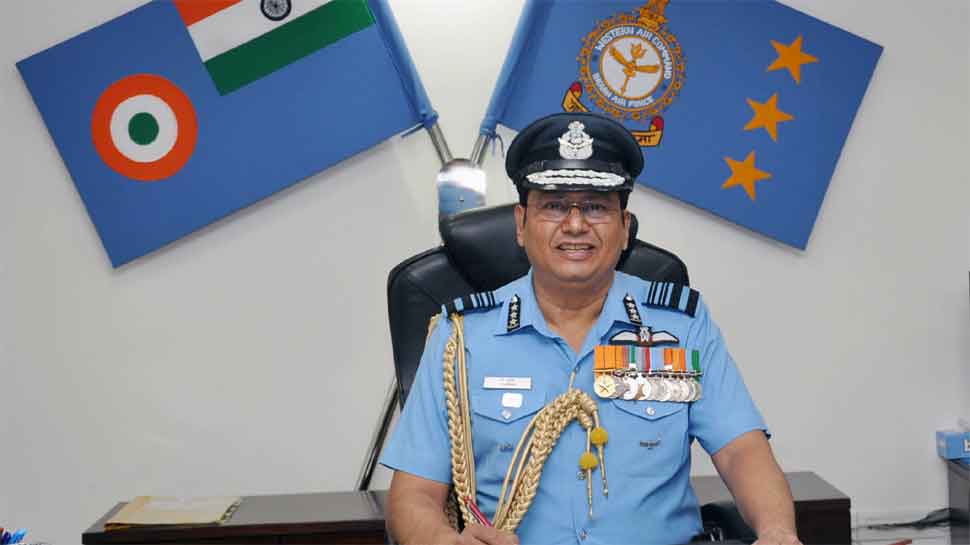 NEW DELHI: Air Marshal B Suresh on Friday assumed charge of Western Command as the Air Officer Commanding-in-Chief of Western Air Command, Indian Air Force. The Air Marshal reviewed a ceremonial Guard of Honour and outlined his vision for the Western Air Command to be undertaken during his tenure and which will resound with the objectives of the IAF and the nation at large.

For the last 47 years, the B Suresh has been serving his country, having joined the Rashtriya Indian Military College, Dehradun in 1972. An alumnus of the NDA, he was commissioned as a fighter pilot in the Indian Air Force on 13 December 1980. He is a 'Sword of Honour' awardee from the Tactics and Air Combat Development Establishment, a graduate of the Defence Services Staff College, Wellington and a post-graduate from Cranfield University, Shrivenham, United Kingdom.

The Air Marshal is a highly experienced fighter pilot and has flown almost all fighter aircraft and helicopters of the IAF. He is a ‘Jam Sataji Sword of Honour' awardee from the prestigious 'Tactics and Air Combat Development Establishment' (TACDE) - IAF's premier institution that develops comprehensive offensive/defensive combat tactics to be adopted by all components of airpower in war. He has done three tenures at TACDE with the last being as the Commandant of the Establishment during which time, the 'Beyond Visual Range' Air-to-Air Missile tactics were developed.

Widely acclaimed as a strategist and tactician of repute within Air Force circles and as the Exercise Director, Air Marshal B Suresh was credited with having been the mastermind behind IAF's superlative performance during Exercise Cope India 2004 - the first international bilateral exercise with the United States Air Force held in nearly 40 years. The role played by the Air Officer in elevating IAF's status internationally was recognised when he was awarded the presidential award of Ati Vishisht Seva Medal (AVSM) and became one of the youngest recipients of this Presidential Award as a Group Captain.

During his illustrious career, the Air Marshal has held a number of coveted command and staff appointments. He commanded a fighter squadron which specialized in maritime airstrikes and was deployed along the Western border during the Kargil war. Thereafter, he was a flying inspector with the Directorate of Air Staff Inspection (DASI) – the agency that checks all units and bases for their war readiness. He also commanded 'Tactics and Combat Development Establishment' (TACDE), as a Group Captain. He was then appointed as the Director Operations (Joint Planning) to look after Tri-service cooperation. The officer has commanded one of the largest airbases of the IAF in the western sector as an Air Commodore. He was also the Air Assistant to the Chief of Air Staff. As an Air Vice Marshal, he held the important appointment of Assistant Chief of Air Staff [Operations (Air Defence)] for nearly four years, wherein he was also the Air Force member of the Tri-service Joint Operations Committee (JOCOM).

After being promoted to the rank of Air Marshal in 2014, he was appointed as the Senior Air Staff Officer (SASO) of Western Air Command wherein he brought about remarkable improvements in the operational orientation and battle readiness of the command with increased synergy with the three associated commands of the Indian Army viz - Northern Command, Western Command, and South Western Command.

The Air Marshal is married to Mrs Radha Suresh and they have a son and a daughter. Mrs Suresh is a passionate environmentalist and caring woman, and has been an active AFWWA member for the last 26 years and has always strived for enhancing the quality of life of Sanginis and their families