Karti Chidambaram, along with his father and senior Congress leader P Chidambaram, are currently out on anticipatory bail in the Aircel Maxis case. 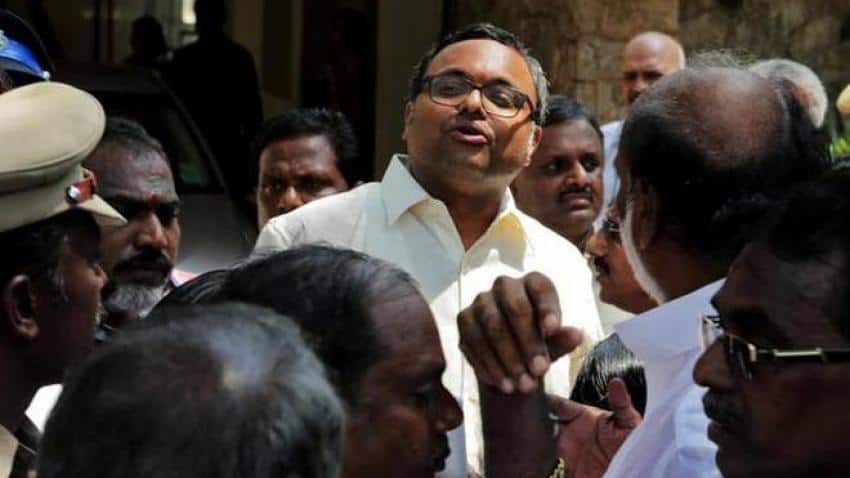 New Delhi: A Special court on Tuesday (February 18) accepted Congress MP Karti Chidambaram's plea to allow him to travel abroad, but asked him to share the itinerary with the investigation agencies. Karti, who is an accused in the Aircel Maxis case, had sought the court permission to go to London and France for two weeks to attend tennis matches.

Earlier on Monday, a Delhi court issued a notice to the Central Bureau of Investigation (CBI) and Enforcement Directorate (ED) on a petition filed by Karti Chidambaram seeking permission to travel abroad.

Karti, along with his father and senior Congress leader P Chidambaram, are currently out on anticipatory bail in the Aircel Maxis case. The court had imposed a restriction on their travel, directing them not to leave the country without its prior permission.

The case relates to alleged irregularities in the grant of Foreign Investment Promotion Board approval in the Aircel-Maxis deal. The approval was granted in 2006 when P Chidambaram was the Finance Minister.

Meanwhile, a Delhi court today directed the CBI to hand over to P Chidambaram and his son Karti certain documents filed along with the charge sheet in the INX Media corruption case.

The court was hearing the money laundering case lodged by the Enforcement Directorate. The Chidambarams were present in the court.

Chidambaram was taken into custody on August 21 when he was arrested by the CBI in INX Media corruption case. On October 16, the ED arrested him in the separate money-laundering case.

On December 4, 2019, the Supreme Court granted bail to Chidambaram after 105 days of custody in the money laundering case lodged by the ED. Karti is also currently out on bail in both cases.