The judge even raised aspersions over the judgements that these judges deliver as according to him they are appointed in an arbitrary manner.

"Unfortunately, the judiciary in India is under the heavy influence of nepotism and casteism. Belonging to a family of judges gives one a sure shot entry to being the next in line," he says adding that there is no mechanism to appoint the judges to high courts and Supreme Court. "The prevalent norm is nepotism and casteism," he wrote in his letter which was in Hindi.

He even raised aspersions over the judgements that these judges deliver as according to him they are appointed in an arbitrary manner. 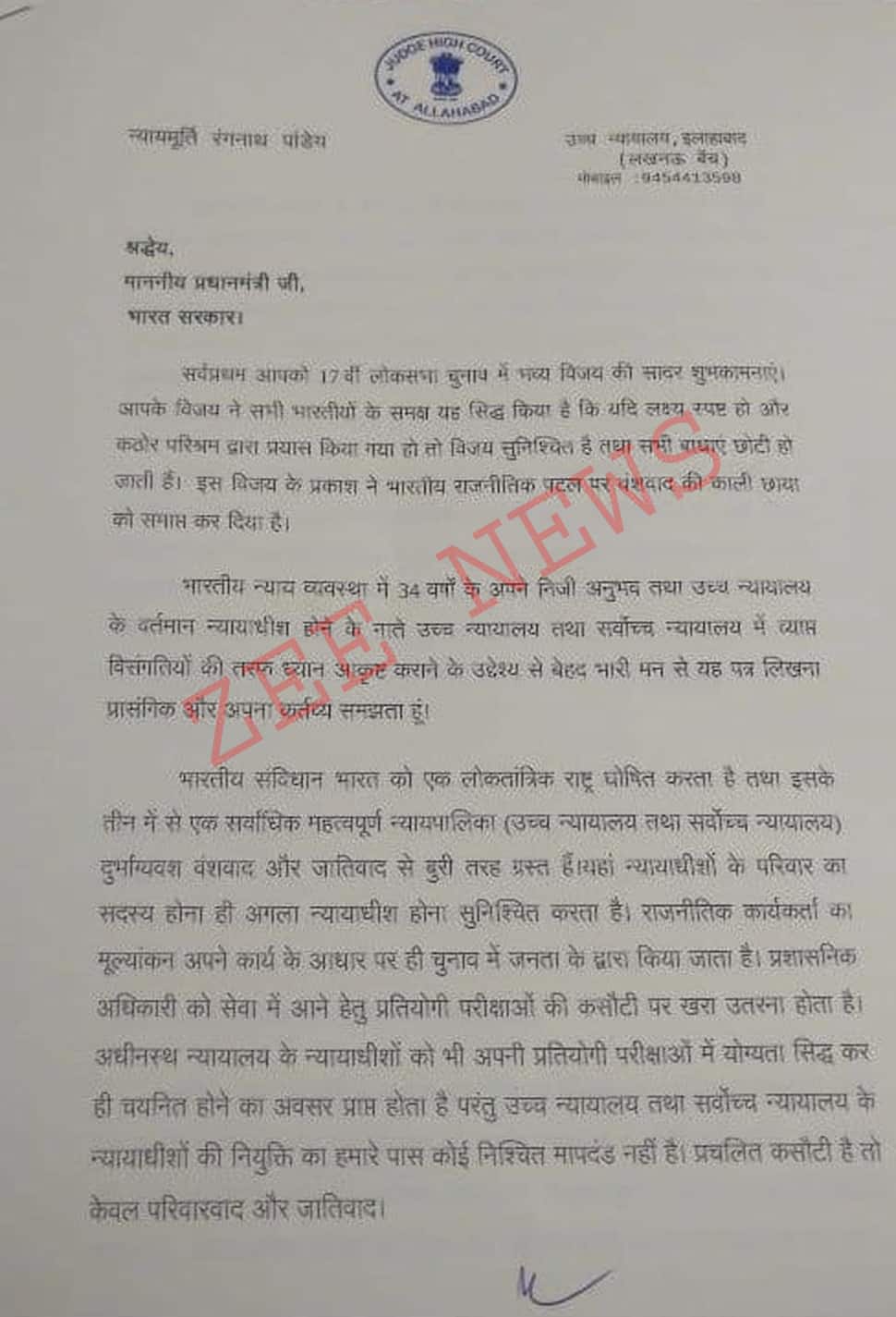 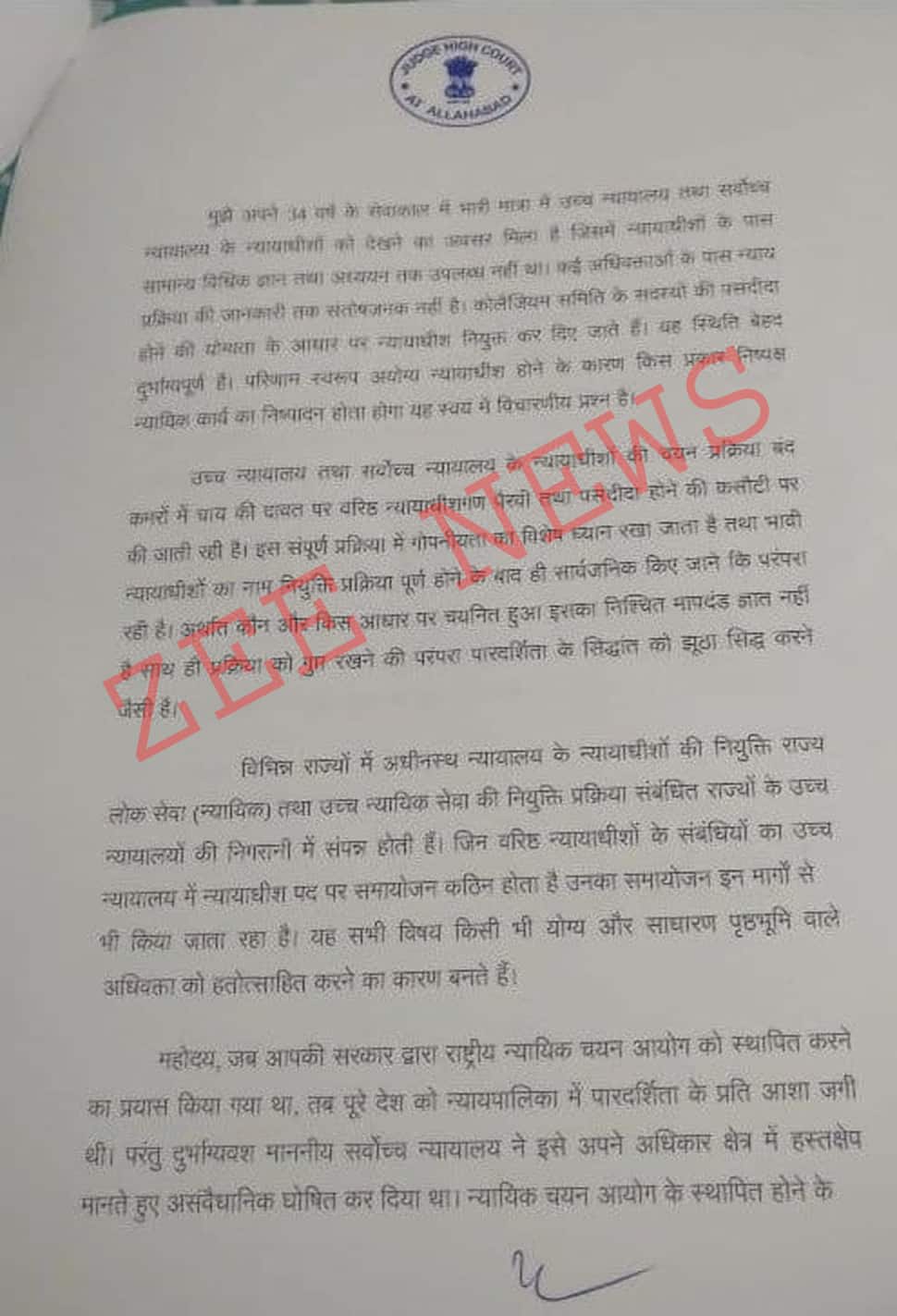 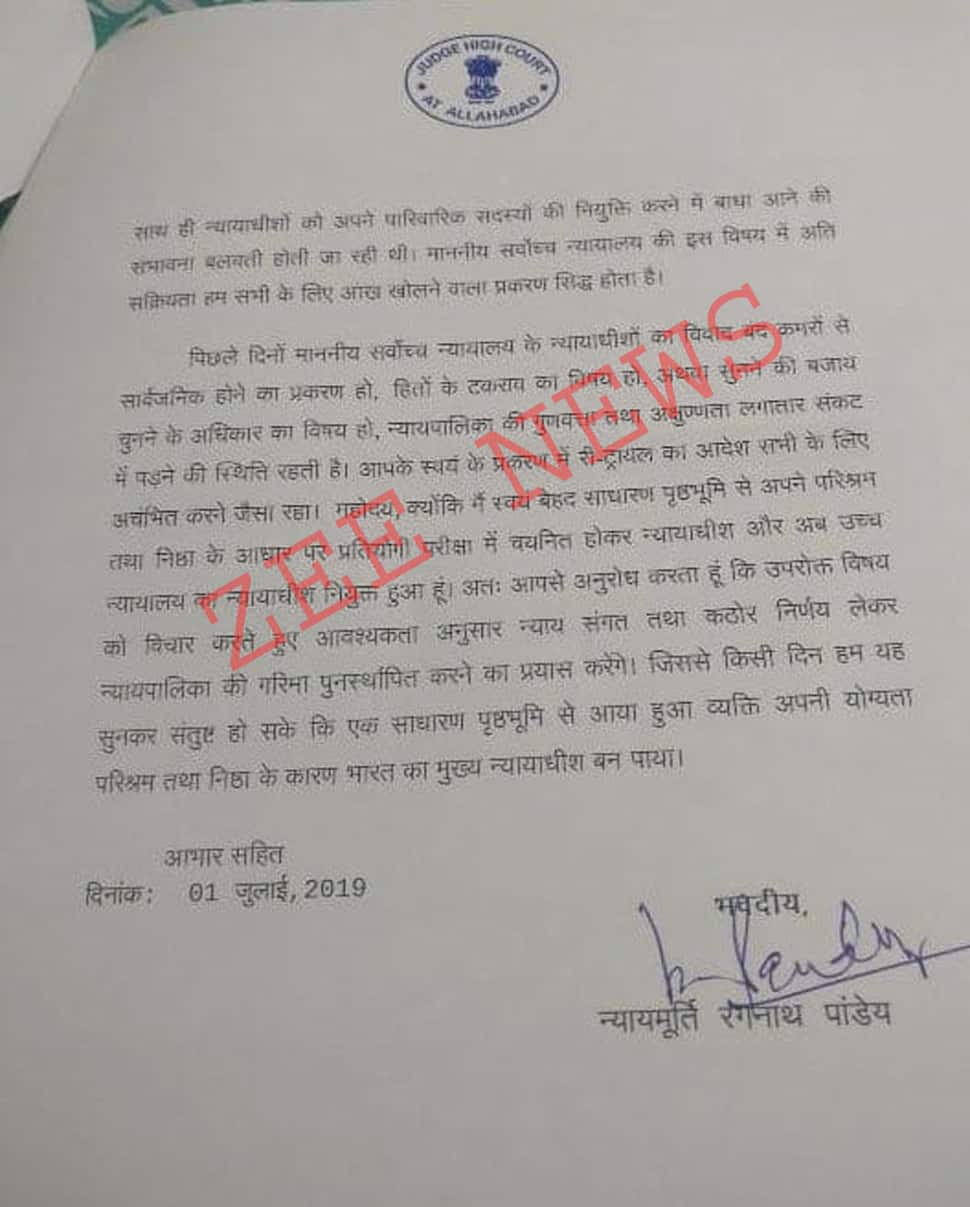 Pandey adds that the selection of judges for high courts and Supreme Court is done by senior judges in closed-door meetings over a cup of tea. "In this entire process, secrecy of the highest order is maintained and the names of the new judges are made public only after the entire appointment process is completed. Hence, no one can know the parameters on which a judge has been elevated," he said.

Referring to the National Judicial Appointments Commission, which the government wanted to put in place, the judge said that such a panel would have brought transparency to the appointment process but the proposal was denied by judges citing independence of the judiciary. He added that the manner in which the senior judges reacted and proactively turned down the proposal was an eye-opener.

"Since I belong to a very humble background and have climbed up the ladder with my hard work, I would request you to kindly look into the matter and take tough steps to uphold the credibility of the judiciary. So that in the future also people are able to say that a person from a humble background was able to become the judge on the basis of his hard work and ability," he said.