Amid the coronavirus pandemic, the Russian citizens living in India cast their votes for the constitutional reform referendum in their country. 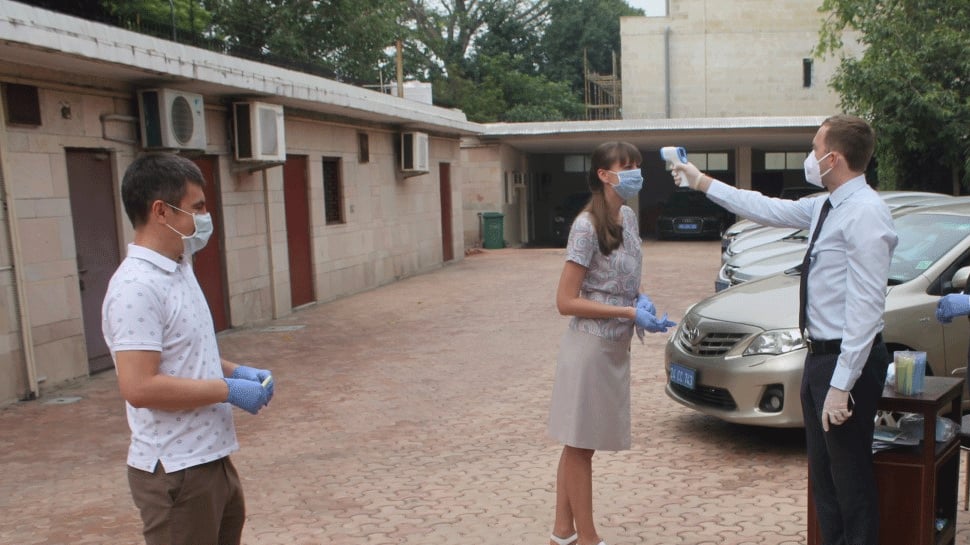 NEW DELHI: Amid the coronavirus pandemic, the Russian citizens living in India cast their votes for the constitutional reform referendum in their country.

According to reports, the Russian Embassy in New Delhi opened polling station No. 8099, which allowed Russian citizens living in the Indian capital, as well as officials and employees of the Russian representations and their family members, to take part in voting on amendments to the Constitution of the Russian Federation.

The Consulate General of Russia in India has established polling stations in Mumbai, Kolkata and Chennai.

Russia Vladimir Putin had recently said, “We are going to vote for the country where we want to live, with cutting-edge education and healthcare, a reliable system of social protection and an effective government accountable to the people”.

Putin further said, “we rely on the values that keep us together – respect for people, labour, senior citizens, our families and children, their health as well as moral and spiritual education.’’

“This is a vote for the future of our country, for tomorrow of the Russian Federation,” said Nikolay Kudashev, Ambassador of Russia to India.

Voting is being held for amendments to the provisions of the Constitution related to the federal structure, the President, Parliament, the Government, the judiciary and the prosecutor's office, and Local Government.

If the amendments are adopted, the Constitution for the first time will also mention marriage as the union of a man and a woman, faith in God. It is proposed to fix the status of the State Council.