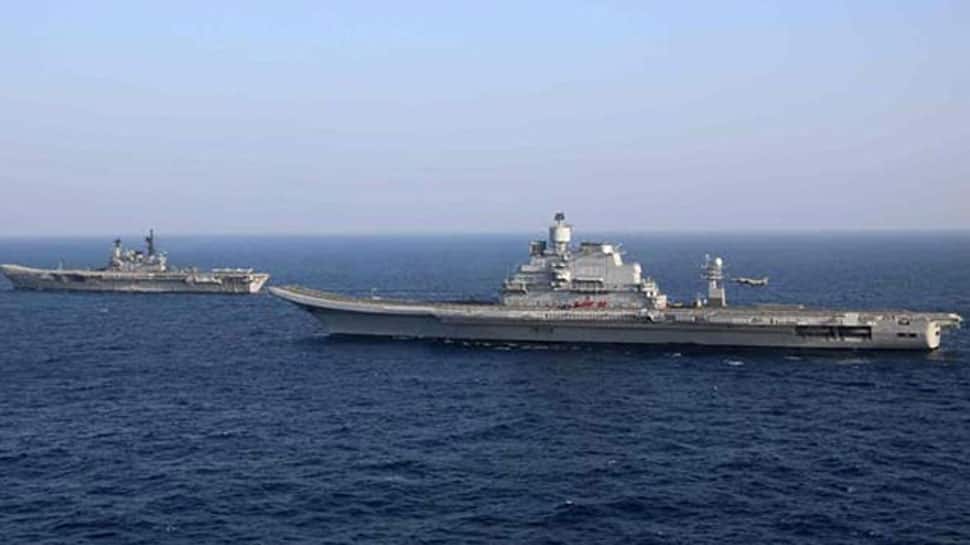 New Delhi: The Indian Navy on Sunday said that it had deployed its assets including INS Vikramaditya and nuclear submarines in northern Arabian sea following the ghastly Pulwama attack on February 14, amid escalating tensions between India and Pakistan.

The assets were redeployed from the TROPEX 19 or Theatre Level Operational Readiness Exercise which is the largest war games of the Indian navy and commenced on January 7.

The Navy in the release said," JeM sponsored terrorist attack on the CRPF convoy in Pulwama on 14 Feb 19 led to the rapid redeployment of the Indian Navy for Operations in North Arabian Sea."

Adding, "The major combat units of the Indian Navy including the Carrier Battle Group with INS Vikramaditya, nuclear submarines and scores of other ships, submarines and aircraft swiftly transited from exercise to operational deployment mode as tensions between India and Pakistan escalated."

Jaish-e-Mohammad or JeM is a United Nations listed Pakistan based terror group responsible for the Pulwama attack, the worst attack on Indian security personnel in the last two decades.

The Navy said, "The overwhelming superiority of Indian Navy in all three dimensions forced the Pakistan Navy to remain deployed close to the Makran coast and not venture out in the open ocean."

On February 28, in the joint press conference by tri-services, the Indian Navy had clearly stated that it remains deployed as necessary to protect National Maritime Interests and prevent any misadventure by Pakistan in the maritime domain.

Chief of the Naval Staff  Admiral Sunil Lanba will be in Kochi on Monday to preside over the debriefing of TROPEX 19.