The yoga sessions were conducted in various clusters over Thursday and Friday at Birchgunj, Minnie Bay and INS Utkrosh. 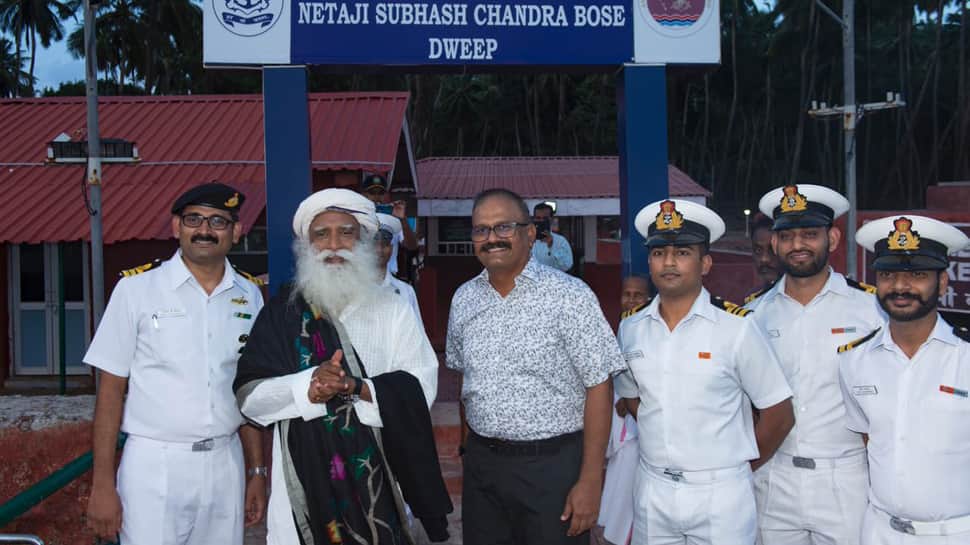 According to a release by the Indian Navy, the yoga sessions were conducted in various clusters over Thursday and Friday at Birchgunj, Minnie Bay and INS Utkrosh.

On the occasion of International Yoga Day on Friday, Sadhguru led the yoga session on board Floating Dock of Indian Navy – FDN-2.

Yoga for Indian armed forces personnel at the first indigenously built floating dock of the Indian Navy FDN2 made this Yoga Day very special. The men & women who maintain this engineering marvel to guard the nation are the true heroes. We bow to you. -Sg @indiannavy #YogaDay2019 pic.twitter.com/pQnA8cBDOl

Vice Admiral Bimal Verma, the Commander-in-Chief of the Andaman and Nicobar Command, along with senior officers, personnel and families of the Indian Army, Navy, Air Force and Coast Guard participated in the event. During both the days, more than 800 personnel and their families were expected to participate.

The yoga instructors for the events were trained in Ayush protocol at a camp organised at Minnie Bay from June 10 to June 16.

Sadhguru arrived in Port Blair for the event on Thursday and is expected to leave on Saturday.

A press statement released before the event had said, “Discussions during the interaction will cover a range of issues including personal and professional challenges that men and women in uniform face in the line of duty and how yoga can provide much needed balance and vigour that will empower the Armed Forces to perform at peak efficiency in times of peace and conflict.”

Ahead of the event, Sadhguru had said, “Andaman and Nicobar Islands are one of nation’s most desolate and vulnerable terrains. The effort of the military’s tri service command to guard the nation’s sovereignty is truly invaluable. It is paramount to equip these soldiers with yogic tools for transformation.”