The opposition parties, including the Communist Party of India and Telugu Desam Party, will oppose the idea of three capitals with its `Chalo Assembly` call against it. 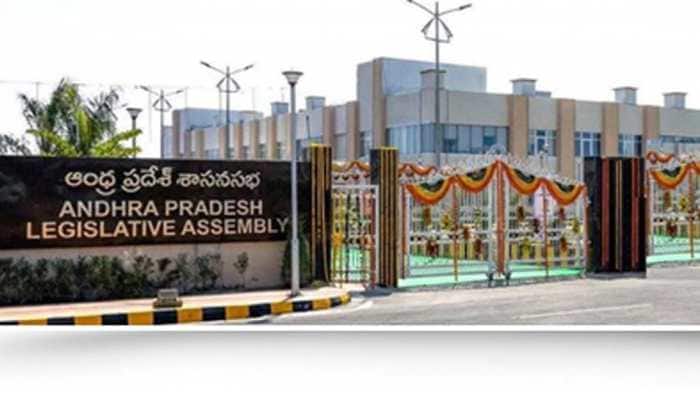 Amaravati: The YS Jagan Mohan Reddy-led government on Monday (January 20) called a special session of Andhra Pradesh assembly to pass a resolution for decentralisation of the state capital. The opposition parties, including Communist Party of India and Telugu Desam Party, will oppose the idea of three capitals with its `Chalo Assembly` call against it.

In view of the `Chalo Assembly` programme, the Jagan Mohan government has deployed heavy police force in Amravati to maintain peace and law and order. Section 144 Code of Criminal Procedure and Section 30 of Andhra Pradesh Police Act are already in force in Amaravati region.

The state government has made heavy security arrangements at Prakasam Barrage in Vijawada, besides imposing Section 144 of CrPc in Vijaywada and Guntur areas to facilitate smooth functioning of the Assembly and movement of public representatives.

Former Andhra Pradesh CM and TDP Chief N Chandrababu Naidu has condemned the house arrest of party leaders and Amaravati JAC leaders saying "Suppression of public voice is undemocratic and against the constitution. Even during the Emergency, it was much better."

Ahead of special session of the state assembly for setting up three state capitals, YSRCP MLA AR Reddy told ANI "Decentralization of the state's capital is very important for us. N Chandrababu Naidu did not full any promises he had made."

Andhra Pradesh Chief Whip Gadikota S Reddy, however, said, "I'm in favour of recommendations of Boston ConsultingGroup and Sivaraman Committee. 5 crore people are waiting to see if the committee's recommendations will get approved or not."

A special route has been prepared for state Chief Minister YS Jagan Mohan Reddy to reach Assembly from his residence.

The Assembly session was specially held to discuss the three capital proposal put forward by Andhra Chief Minister. The TDP has been vocal in opposing the idea of three capitals of the state and has actively participated in the agitation against the issue.

Several protests had erupted in the state, the GN Rao Committee, which was set up by the Andhra Pradesh government to look into the suggestion of three capitals had earlier made a favourable recommendation saying the move will help in decentralising development and putting the available resources to the best use.

It proposed Visakhapatnam as the executive capital and Kurnool the judicial capital while retaining Amaravati as the legislative capital.

Notably, villages that fall in the way to the state assembly will also be guarded by the police personnel.

BJP to get new president on January 20, JP Nadda may succeed Amit Shah